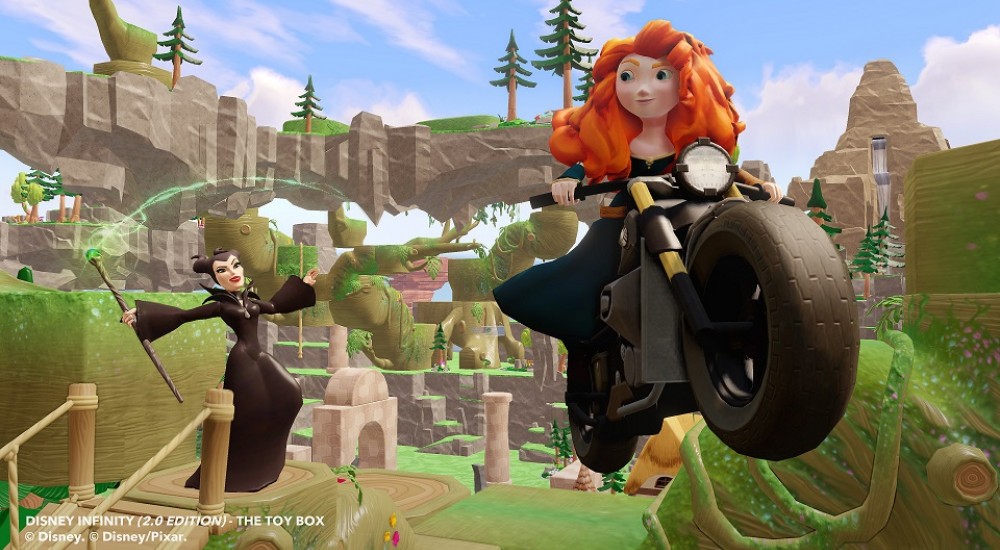 Disney Infinity 2.0: Marvel Super Heroes revealed a few new characters, both good and evil, to their lineup. This week, we'll be focusing on the leading ladies!

We are shown some new game footage for a few of the lady characters coming to 2.0, most prominently, we have the almighty Maleficent from the movie of the same name. Also, the red-headed princess, Merida, makes her debut as a playable character too. Take a look at them both in action.

From the trailer below, it look as though she'll be able to throw a fireball of some kind, summon crows, and possibly entangle enemies in thorn roots. Merida, on the other hand, continues to display her awesome skills with the bow and arrow (Hawkeye, eat your heart out).

On the super heroes side of things, we get a small showcase of Black Widow and her combat prowess. Using her advanced martial arts skills to her advantage, she can take on multiple opponents with relative ease. Disney is calling her a "crowd control" character of sorts, hinting that the Marvel Super Heroes playset will be a more combat driven game than its predecessor. Black Widow will be included in the Marvel Super Heroes Starter Pack with Thor and Iron Man.

Some characters that have been shown, but not yet announced as playable characters include: Rocket Racoon, Groot, Nick Fury, Modok, Loki, Green Goblin, and possibly Stitch.

Disney Infinity 2.0: Marvel Super Heroes will be coming this fall for most platforms.