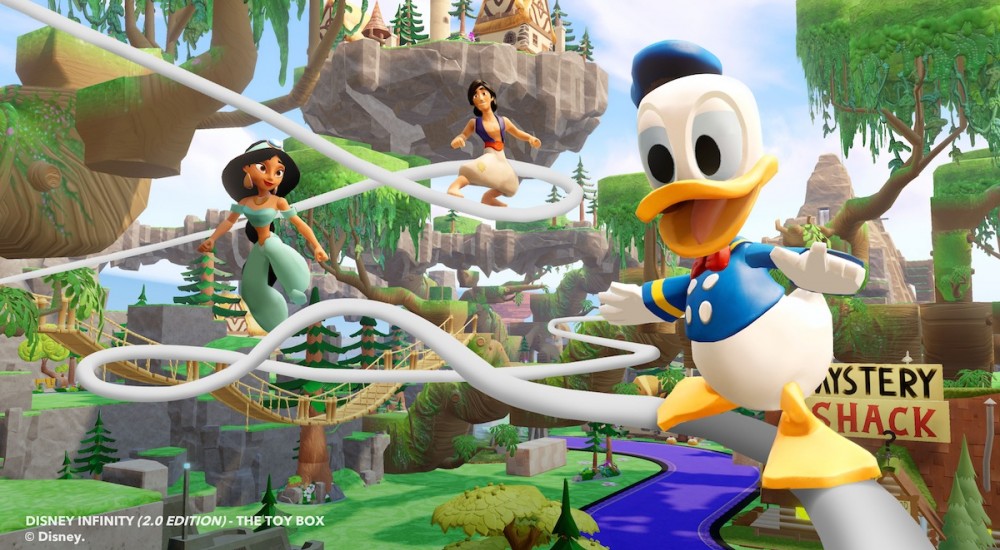 Once you've gone out in public without wearing pants, you're irrevocably hooked. Donald Duck is the king of the non-pants-wearing lifestyle, and he's about to show up in the brand new Disney Infinity game coming out this September.

Donald Fauntleroy Duck has been pantsless for over 80 years, which is perhaps why he's still one of our favorite old-school Disney characters. (Or maybe it's because of that Nazi episode? Classic Donald!) His short temper and impossible speech patterns will be making their way to Disney Infinity 2.0 later this year, armed with a broom and a transformation into his Three Musketeers self.

After the success of Disney Infinity, the studio decided it would overhaul the gameplay and improve on everything that made the game work so well in the first place. The result is Disney Infinity 2.0: Marvel Super Heroes, an evolution of the original that accommodates the new, more insane cast of characters like Spider-Man, Iron Man and Captain America. 2.0 still features plenty of open-world gameplay, but since all these super hero types can fly, they'll be more vertically-oriented. That means Spidey swinging time.

The Toy Box mode that allows you to mix and match franchise characters is also getting an overhaul, adding new content generation to provide clueless players with a little direction. This includes editable game design components set inside of themed worlds such as a dungeon crawler, tower defense, pinball and racing worlds. We can finally settle the age-old nerd debate on who's faster: Donald Duck or Sorcerer's Apprentice Mickey.

Disney Infinity 2.0: Marvel Super Heroes features online co-op for up to four players. It's scheduled for release in late September.