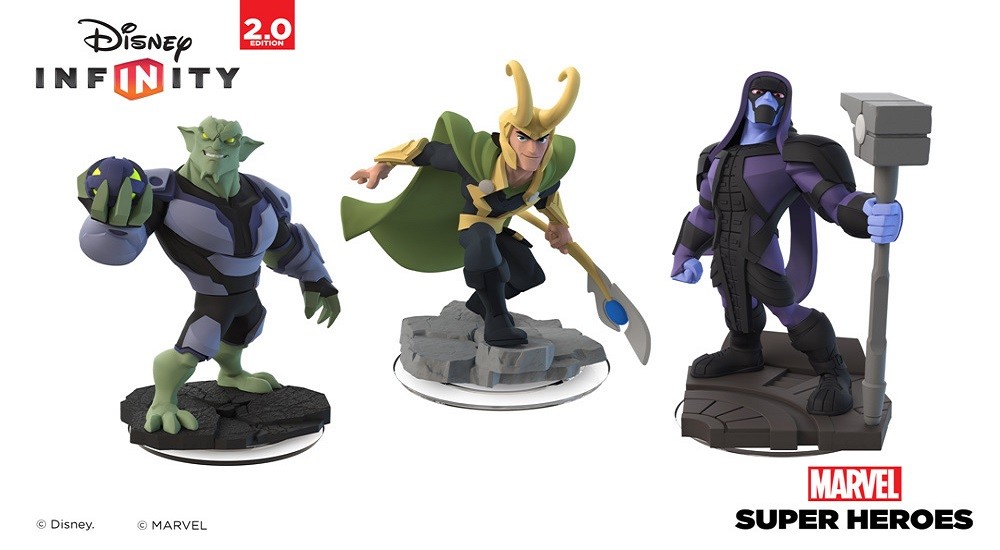 Up until now, Disney Infinity: Marvel Super Heroes has mainly focused on the good guys of the game. But what about those of us who want to play as villains? Check out this recently released trailer and see why being bad is looking pretty good to us.

Every hero needs a diabolical villain to contrast his/her character, thus Disney Infinity: Marvel Super Heroes has introduced a group of playable super villain characters to assume and unleash hell: Loki from the Avengers Play Set, Ronan from the Guardians of the Galaxy Play Set, and Green Goblin from the Spiderman Play Set (each character is sold individually).

Loki, who has been announced for a while now, now has some evil allies to team up with. From the video, it looks like he will wield his energy staff, as well as be able to do his trademark "illusion" spell to protect himself. Since Green Goblin has been Spiderman's nemesis for as long as the Web Head has been around, he makes a perfect fit for a line of villains. His super strength and explosive grenade make him one badass character to own. Finally, Ronan, who is to be the main villain in the upcoming Guardians of the Galaxy film also makes his appearance here. He looks to be just as strong as Green Goblin, but wields an hammer-like weapon with electric energy.

As for other villain options, Venom will be a playable character, featuring his brute strength and Spider-man like abilities in the Spiderman Play Set. Of course, there's also Maleficent for all you non-Marvel fans. We have also witnessed screenshots of Modock next to Loki in the past, but it remains to be seen whether or not he will be playable.