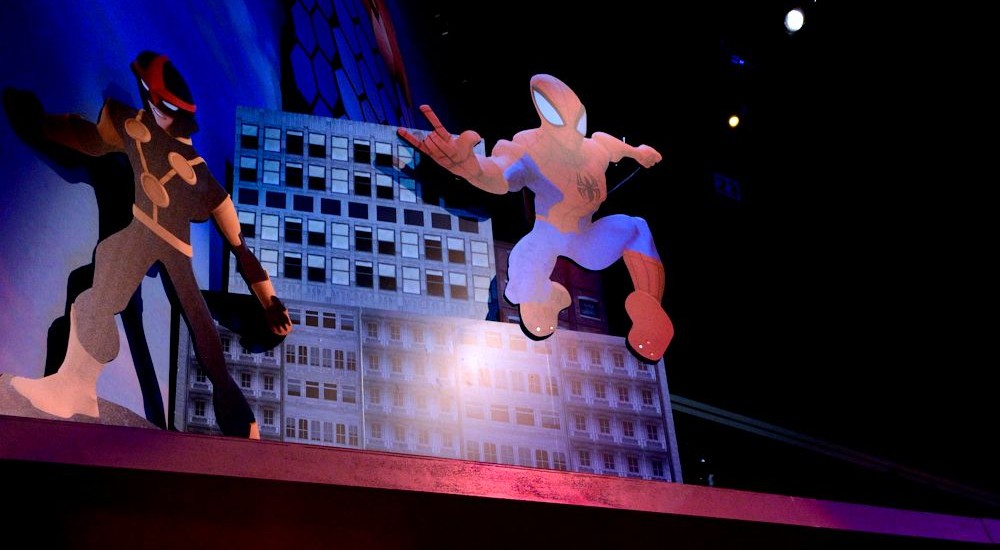 At E3 2014 we got some hands on time with Disney's upcoming sequel to Infinity. Disney Infinity 2.0: Marvel Superheroes extends the previous game offering gamers access to Disney's Marvel Universe in the Infinity style of gameplay - slightly cute, stylized and very family friendly.

Obviously it's all about the characters and there's plenty on docket so far, but there are literally dozens more to announce. What do we know? From The Avengers we have Iron Man, Black Widow, Thor, Captain America, Hulk, and Hawkeye. From Ultimate Spider-Man we have Spider-Man, Nova, Iron Fist, Venom and Nick Fury. From Guardians of the Galaxy we have Star-Lord, Gamora, Drax, Groot, and Rocket Racoon. So while the comic side seems pretty heavy so far, the Disney side is still getting some new character treatment with Maleficent, Brave, Peter Pan, Disney Fairies, Lilo and Stich and Donald Duck all slated to be released sometime after the game is available.

Your old characters and playsets? Those will still work in the game just fine and you'll even be treated to updated visuals and enhancements from them. Sadly the one major gripe I've had with the Infinity series is only somewhat going to be fixed. For co-op play in the story based playsets you MUST use characters from that universe or story. That means no Frozen characters in The Incredibles, no Phineas characters in Monsters University, etc. This will continue to some degree with the Marvel characters. The Avengers won't be available in the Ultimate Spider-Man playsets. Instead there will be special "cross-over" characters that can exist in both, though who and what those are haven't exactly been revealed. You'll still be able to use any combination of characters you like in the Toy Box mode, but for the meat of the story based missions, you're restricted. You're also still limited to local co-op only for the campaign, only the Toy Box is available in online co-op.

Gameplay is getting an upgrade too with new moves, combos, and combat system that's more responsive. In my hands on time I found movement overall just a bit more fluid - Spider-Man could easily make his way around the larger game world which was about four times larger than the Incredibles playset from the first game. The biggest change to the combat system is a huge skill tree with more than 25 skills to upgrade per character. There will also be new and more detailed mini-games - you won't be limited to simple races or collection events. One example was given would be a tower defense game, but there are others the team haven't announced yet.

Another new feature is in the extra discs available, called power discs. This year there are new types that offer costume swaps and additional team up characters. In the demo we saw Spider-Man change into an alternate black suit. This comes with a power-boost and can be stacked with other discs.

Overall Disney Infinity 2.0: Marvel Super Heroes looks like it's packed with changes, enhancements, and plenty of content to keep Disney fans intrigued and entertained. The Marvel side of the fence is definitely the biggest focus, but classic Disney fans aren't forgotten. We're slightly disappointed we still won't be able to mix and match universes and characters for co-op play - the idea and concept of that just sounds fun.

Disney Infinity 2.0: Marvel Super Heroes is out this October on Xbox 360, Xbox One, PlayStation 3, PlayStation 4, PC and Nintendo Wii U. We'll have a full video interview with gameplay footage and more details in the coming days.