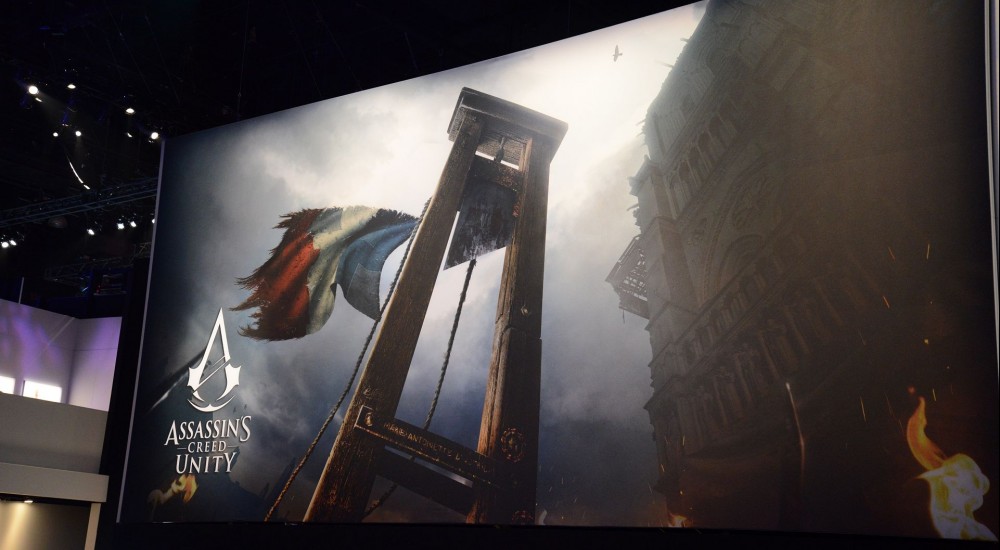 Hopefully you've had a chance to watch our interview with Assassin's Creed Unity Producer, Leslie Phord-Toy from E3 2014. Alongside of that we got to see some eyes on with a co-op demo that was essentially the same as the E3 counterpart. You can watch that below.

As you can see from the demo, being in sync is a big part of Assassin's Creed Unity's co-op mode. You'll need to communicate and time your kills, cover your friends from being discovered.

But how does the co-op work? It's completely seamless with single player in the open world of Paris. You go into a tavern and you can see your friends that are online, and see what mission they are playing. If you want to join you simply drop into the mission and help out. There are specific brotherhood missions you can play as well as free roaming around the world. By doing so you'll earn XP to upgrade your character and weapons. In terms of character customization you'll be able to bring those into the co-op brotherhood missions. It wasn't clear though just how you can customize the look of your character.

What's interesting about Unity is that the Assassin's Creed engine has been re-written from the ground up specifically for the seamless multiplayer component. Speaking of the engine, it should be noted that this is a next-gen only game - so expect really detailed visuals to recreate Paris. From what we've seen the game looks incredible, even better than what the videos can convey. Sadly we didn't get to actually play the co-op mode at the show.

Assassin's Creed Unity will be out on October 28th for the Xbox One, PC, and PlayStation 4. It'll feature four player online co-op.