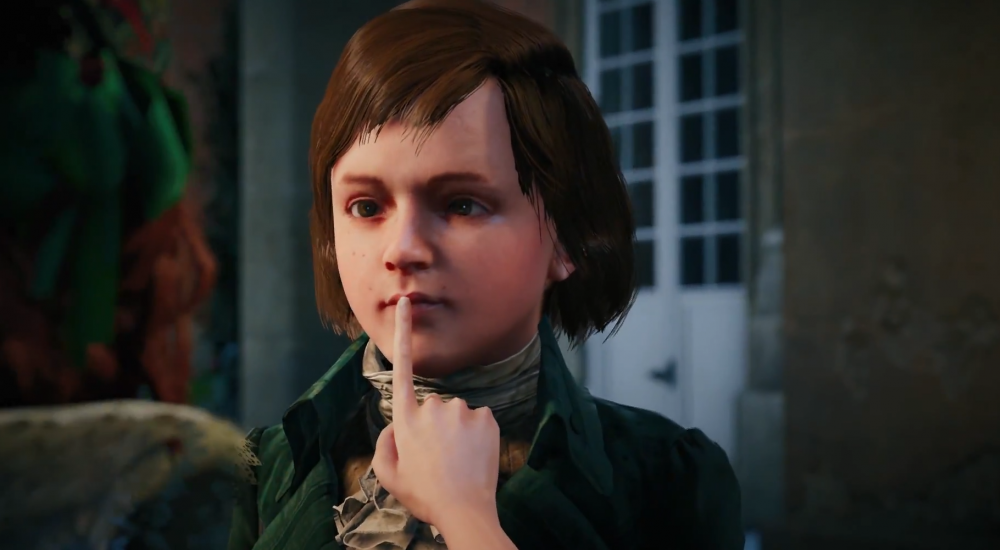 Well guys, it's been a long, mostly enjoyable journey in the land of video games, but it's time to pack it in.  Today, we're happy to announce that the pinnacle of gaming has been reached via Assassin's Creed Unity's latest tie-in.

Thanks to Edge Shave Gel, you can re-enact your favorite scenes from the French Revolution by beheading the whisker nobility plaguing your cheeks.  Just like those decadent aristocrats of yore, your facial follicles have long outstayed their welcome, and it's high time you put them in their place.

No longer satisfied with merely existing on the patches of skin covering your cheekbones, they've grown ever longer.  Of course, with this newfound length, their entitlement has increased tenfold.  They've demanded more and more of your jaw's real estate until it has nearly buckled under the weight.  But no more!  No more.  Take up one of three new cans of Edge Shave Gel, you Hero of the Oppressed!  Enter their codes into the video game, Assassin's Creed Unity, to unlock exclusive gear, and go with God.  Give separate cans to your friends before you engage together in the 4 player co-op campaign!  Be sure that you do not buy matching shaving gel for your allies in destitution, though, for that would be a massive faux pas. The choice of what gear to choose is a tough one, O Shanty Prince!  Should you acquire the blade, whose razor-sharp edge has likely severed many a whisker, and also probably some spinal cords?  Perhaps the armor will do best in protecting your chest hair, and, truly, what is chest hair but merely a beard upon your torso?  No, you are right as always.  It is the hood of assassins that will serve you best in this dark hour.  With the extra facial protection, your depraved foes will be unable to stray their gaze from your hairless, glistening chin.  Would that I could catch sight of their reactions, mighty King of Paupers!  They will cower in fear.  They will cower in whisker-filled fright.