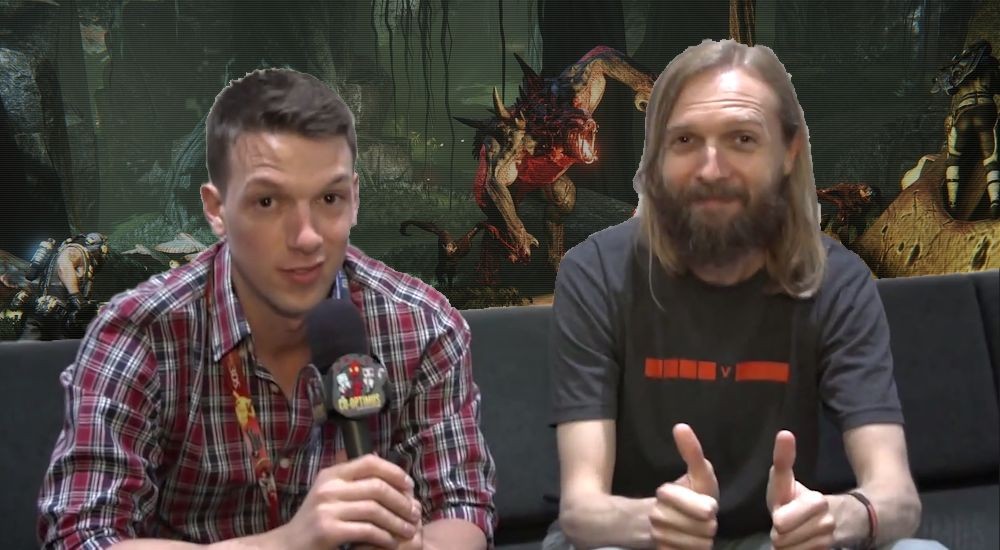 We're still churning through video interviews from E3 2014, and there's plenty of content yet to bring. Expect more videos to show up for the next week with titles like Sunset Overdrive, The Division and many more. Today we've got a huge one - we talk with Turtle Rock Studio's Co-Founder Chris Ashton and get all of the details on Evolve and it's co-op gameplay.

We already brought you some hands on impressions, but this video is all about the details. Want to know the number of maps? Is Evolve playable in single player? The number of playable monsters? What about the AI configurations, possible weapon differences between characters, and the progression system of Evolve? Yeah - we've got information on all of that and much more. Evolve is going to be a game to watch this fall for sure.