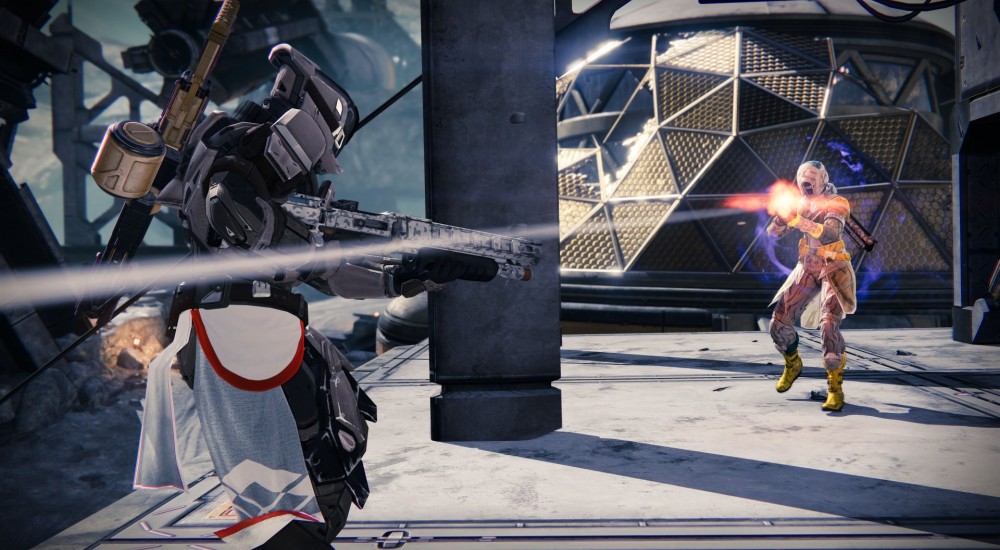 If you owned a console at all this weekend, chances are you were glued to your TV while putting caps in Fallen. Destiny's beta ran through the weekend on Sony and Microsoft platforms, and while tons of people were tromping around Old Russia, one of the game's linchpins was not included. Six-player raids have been a subject of both interest and concern since their announcement, but Bungie wants to lay fears to rest.

Destiny's six-player dungeons are friend only. No matchmaking features will be implemented; you raid with who YOU choose to raid with. The raids will require plenty of coordination and skill, so having a faceless mute join your team, heedless of warnings and tactics, and charge head first into a gaping alien maw would really put a damper on your enjoyment. Bungie writer Luke Smith had this to say about raids:

The activity is going to take you and your group of five buddies into a place that you've never been. A place that you will return to frequently. And [it will] demand of you things you've never even really been asked to do in a shooter before. Speaking of the beta...

The numbers are in from Bungie HQ, and it looks like there's a lot of anticipation for Destiny. The beta closed Sunday evening with a record 4,638,937 unique users signed in at once, making it the largest beta of this generation. Even more impressive, this weekend's event was the most populated console beta for a new game IP to date.

This is a pretty impressive showing by Destiny. Whether that will carry over into sales has yet to be seen. We thought so highly of Destiny we gave it our "Best of E3" award this year.