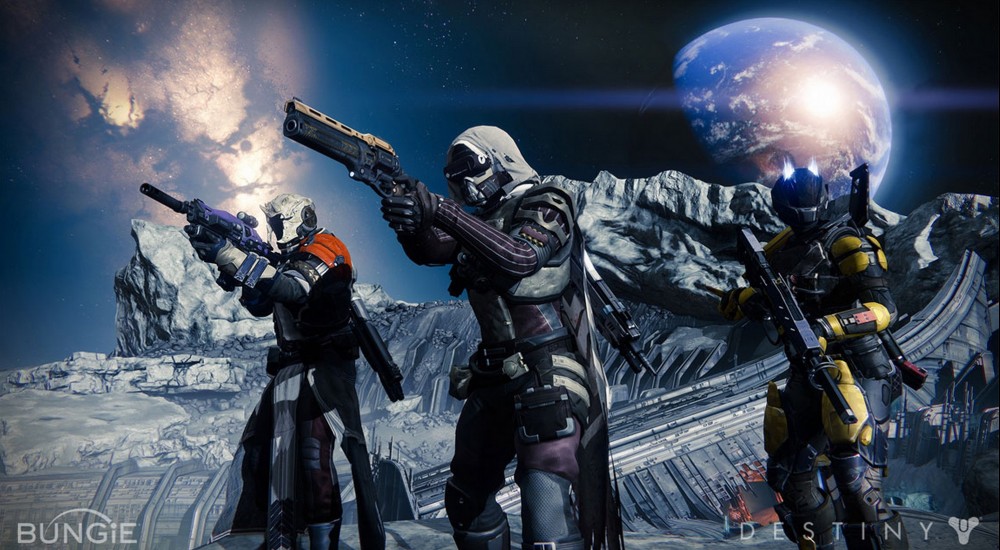 As Destiny Beta for PlayStation owners takes a two day break, we look to what is to come from the next updates from Bungie. While the Xbox users get their chance to try out the Beta for themselves this Wednesday, July 23rd, the Bungie Weekly Update had some interesting things to take away from it. In short: keep up with playing the Beta this Wednesday, because it will benefit everyone involved. Players may have noticed that they can only progress their characters to Level 8 in the Beta, mainly because Bungie wants you to buy the game. Still, the Cruible, an area where you do combat to increase the strength of your Guardian, is a great way to boost your strength besides leveling up. Over the weekend, the area underwent a small window where players could compete against one another, called the Iron Banner. Lord Shaxx, the Guardian who oversees the Crucible, guides players Though that window is closed at the moment, that doesn't mean Bungie won't have more surprises coming in the next few days.

The Companion Ship app for Destiny, that we mentioned previously, was also released for iOS and Android devices not that long ago, and works perfectly with Beta. One of the best tools you can use outside of the playing the game, the app will allow players to comment on the Destiny forums, as well as manage their characters, inventories, clans, Grimores, etc. all from the palms of their hands; it's very well done too. The app is completely free, so there's little reason not to get your hands on it if you plan to or are currently playing Destiny. The last major item Bungie discussed was that players will be able to play their characters between the various generations of game consoles. Essentially, characters created in Destiny are connected to a PSN ID or Xbox Live Gamertag. This means, however, that characters can't be crossed between different product lines (i.e. no Xbox created characters on your Play Station).

Again, keep on playing the Beta (ends on July 27th) and providing feedback to Bungie. They are listening and want to make their game the best it can be. Destiny itself launches this September 9th on PS4, PS3, Xbox One, and Xbox 360. If you preorder the game now, early access to Vanguard (elite Guardians) weaponry, gear, and emblems will be yours. I'll let the video do the talking.