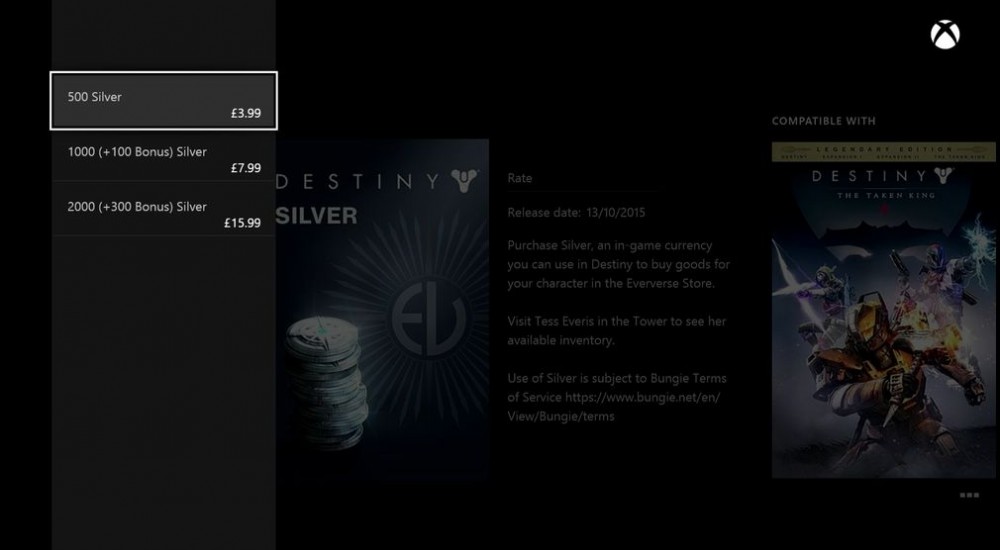 Microtransactions have been introduced in Destiny with its new 2.0.1 update. It’s been just over a year since the game was released and it looks like Bungie has decided to give its players the option to buy in game items with real money. The in game items can be purchased at the Eververse Trading Company in Destiny’s Tower where the new currency is titled silver. This new shop will offer "Emotes," which is the game's form of in-game gestures. Now for most this could feel like a bit of a ripoff since Destiny cost $60 and over $100 if you purchased the DLC. The trend of microtransactions is pretty common for MMOs and a pretty familiar theme in most of Activisions (who published Destiny) games. The one upside to this new update is that the things you can purchase are cosmetic. None of the items that can be bought directly impact the gameplay. Also included in the big update are a bunch of fixes and other changes to the games overall gameplay. The size of the update is between 250MB and 500MB.

What do you think of the new Destiny update and the introduction of microtransactions?

The complete Destiny 2.0.1 patch notes are below.