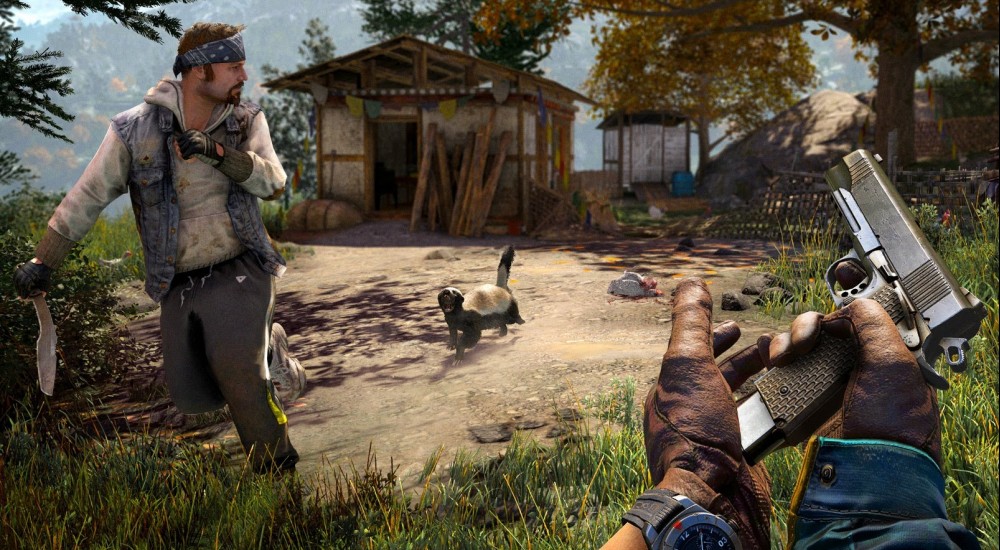 The team down at Ubisoft Montreal have been working to bring Far Cry 4's Kyrat region to life. We've already seen them trekking through the wildernesswhich inspires the game's setting, now let's hear them talk about the actual game itself.

Most of the video is your standard Dev Diary: designers gushing about the world and elements they've spent so long developing, including a set of missions in which you take the persona of an ancient warrior in the region. However, at about 1:53 they start rapping about co-op.

UnlikeFar Cry 3's separate (but solid!) co-op mode, your multiplayer shenanigans take place in the main game. You can invite your potential teammates straight on into your world, pick up a hang glider and waste a bunch of Gurkahs. Sure, plenty of missions are single player only, but the actual game features plenty of strongholds and areas to take over as a team.

While they teased this a while back at E3, those who purchase Far Cry 4 on a Sony platform will receive ten multiplayer keys which you can use to invite friends straight into your game, even if they don't have the product themselves. While it's only for a limited amount of time, a brief taste of sweet, sweet open world mayhem might be enough to sway those on the fence about buying the game to finally pick it up.