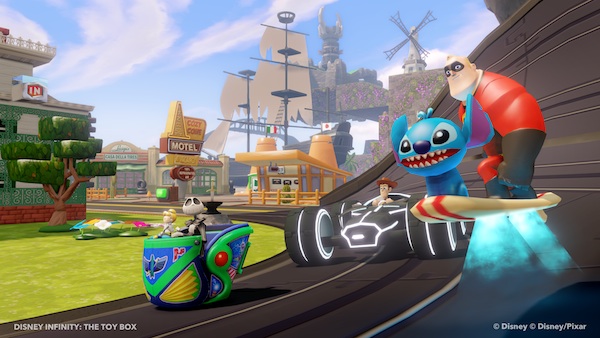 Did you buy Disney Infinity on the Wii, but have since bought a Wii U? Did you pine for the Wii U's HD graphics of the game, but couldn't justify rebuying the game? Well good news, friend: you can now upgrade the Wii version of Disney Infinity Starter Pack to the Wii U version for absolutely free through the Nintendo eShop.

Of course, once you upgrade you'll need the requisite Disney Infinity base and figures to play. The reasoning behind this offer? Avalanche Software's Vice President and General Manager John Blackburn explains that in the year since Disney Infinity has launched, the number of Wii U owners has significantly increased. Avalanche wishes to continue to support compatibility for their players. Also, with Disney Infinity 2.0: Marvel Super Heroes being due out shortly, Avalanche wants their players to experience the original in HD before the sequel, if they want to.