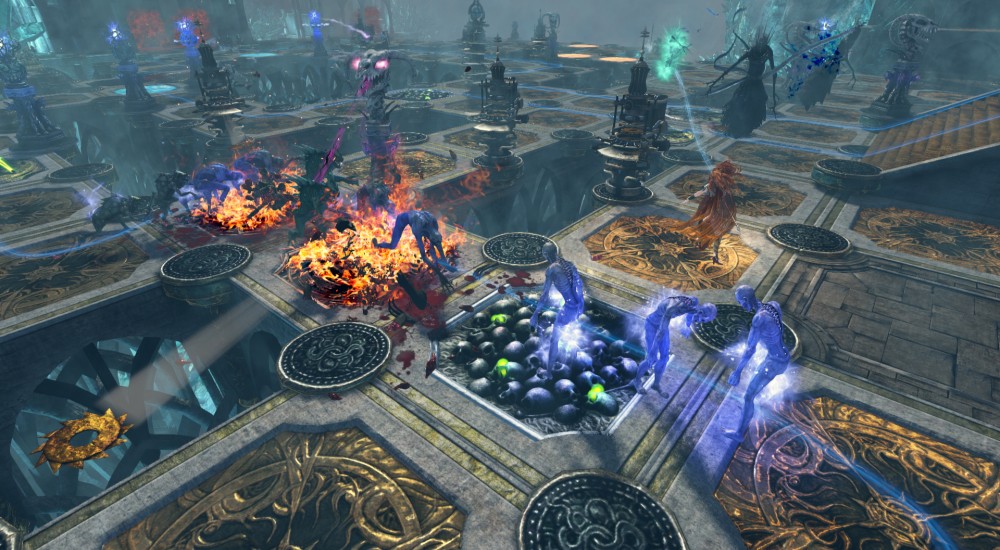 Revealed at Gamescom in August, Deathtrap by Neocore Games takes the best from the action RPG genre, smashes it together with tower defense, and presents and exciting new 4-player co-op title for PC and console gamers.

Deathtrap will release Fall 2014 for $19.99 on Windows and Mac via Steam, and will also see a release on PS4 and Xbox One at a later date.

Until now, story details were largely mystery. Using an updates graphics engine from The Incredible Adventures of Van Helsing franchise, we thought it might also take place in the same universe. While certain themes are similar, it doesn't seem to be fact just yet. Neocore Games shared some story details on their blog this morning:

Beyond the veil of this world, deep in the whirling mists of the otherworld there are islands in the void. They give home to a chain of strongholds that were once built to keep the horrors of the void at bay. And now the monsters are returning to conquer and kill. Legendary beasts are waking up from their slumber, creatures of mad science flee from the secret laboratories and the eternal night breeds living shadows once more.

Only you can stop the horrors before they break through to the everyday world. Choose your hero carefully and defend the underground mazes and the silent forts. Use, rebuild and improve the ancient traps and rusty machines that fill the vaults.

Check out the screens below from the alpha build to see a sample of the chaos.