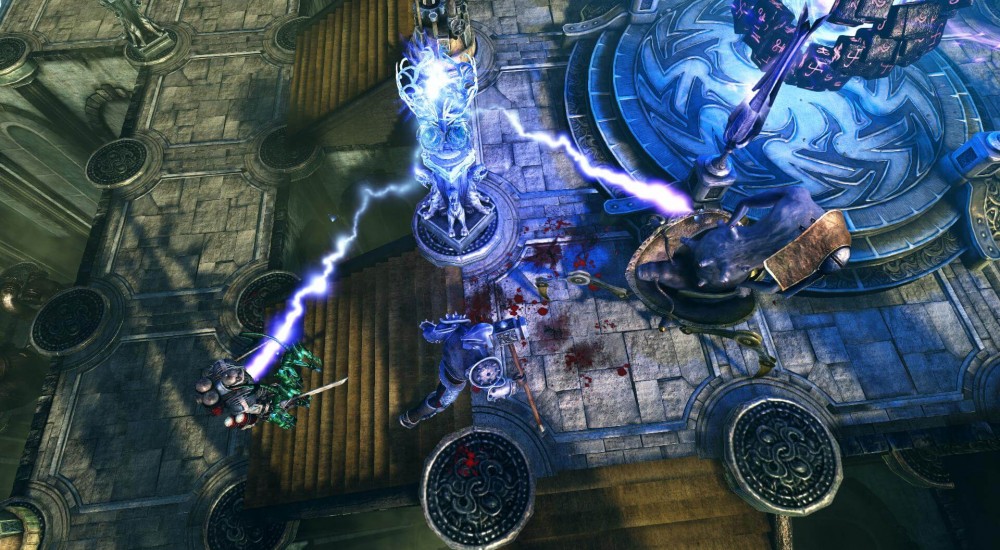 There comes a time in any young person's life in which they realize there's much more to the world than the confines of their home.  There are countrysides to explore, street vendors to haggle with, and, in the case of Deathtrap, hordes of minions to mar and disfigure in brutal contraptions.

If only I could return to that youthful innocence, when I knew nothing of electric pressure plates and swinging balls of spiked steel.  Alas, I can only hope to experience that feeling vicariously by sharing with you this video detailing the inner workings of Deathtrap's map editing capabilities.  In this way, you too may pass on to the misty plane of adulthood, bursting with knowledge on the world around you and how best to trick it into walking over a tripwire tied to a bucket of hot lava.

NeocoreGames' four player co-op tower defense has been dwelling in the murky abyss of Steam's Early Access section since late October of last year, but next-gen console owners will get to test their fiendish abilities early this year.  The tower defense category has admittedly gotten a little crowded lately (as in, "Kid Rock show in Alabama" crowded).  However, Deathtrap does seem to add a satisfying amount of twist on the regular genre tropes.  With any luck, the developers have benefited from their time in open beta, and we'll see a polished product on its official release.

Now, before I let you go, I feel like I'd be doing you a disservice if I unleashed you onto this new adult world without knowing a few fun facts on the history of the tower defense genre:

Good luck out there, and remember to serpentine!