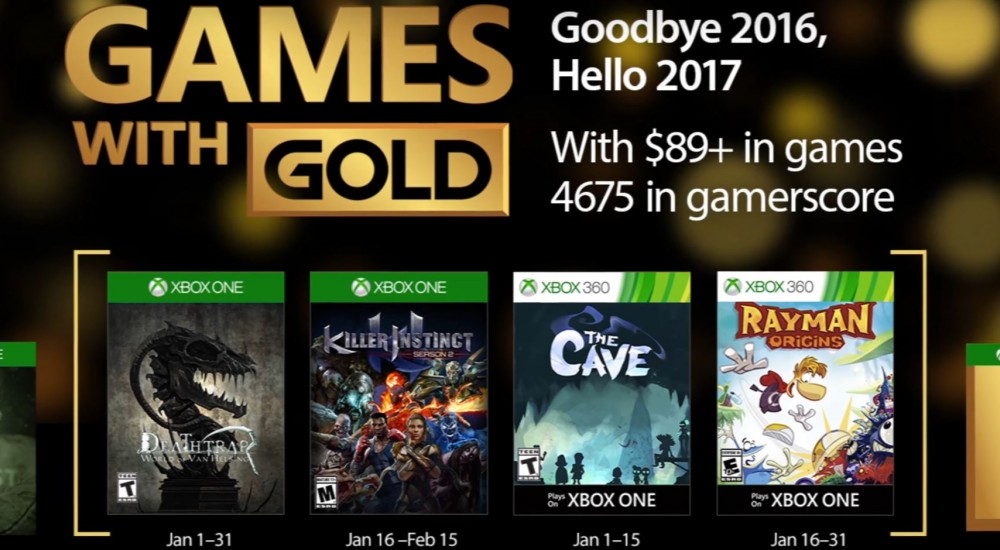 You can enjoy defending towers, solve underground puzzles, and even go on a grand platforming adventure with some buddies next month. January's Games With Gold will include Deathtrap for the Xbox One, and The Cave and Rayman Origins for the Xbox 360.

Deathtrap is from Neocore Games, the developers behind The Incredible Adventure of Van Helsing and the forthcoming Warhammer 40k: Inquisitor - Martyr, and is set within the same universe as Van Helsing. Up to four players can team up online in the cooperative campaign to build towers and use their own abilities to stem the tide of foes streaming forth from the Chaos Portals.

The Cave is a puzzle platformer designed by Ron Gilbert, one of the creative minds behind Monkey Island and Maniac Mansion. It supports up to three players locally with each player taking control of a unique character as you explore the mysteries of "the cave" and learn about your character's secret desire.

Finally, I'm not sure what else can be said about Rayman Origins. It is one of the best platformers of the past several years and if you haven't played it yet, you have no excuse anymore. It's free! Grab it, grab up to three buddies, and go have some absolute fun!