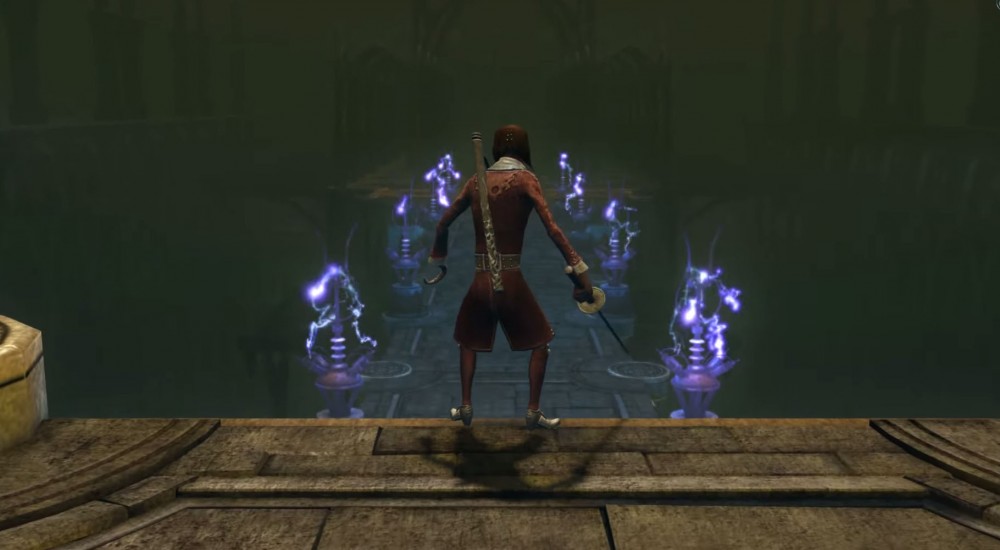 Deathtrap, the ARPG/TD mash-up from the creators of the Incredible Adventures of Van Helsing, has released the second video in its Monster Training Academy series. While the first video showed off trash compactor-esque traps, this video showcases lightning traps, a staple in any tower defense game.

The video focuses on a tenacious minion as he attempts to thwart lightning traps and a teleportor pad. As you can imagine, it doesn't end well for him.

In Deathtrap, players will be protecting their portal from attacking enemies. They won't just be doing this with towers, however. Players will also be controlling heroes to complement their strategic tower placement. This is a mechanic seen in games like Orcs Must Die! 2 and Dungeon Defenders, a mechanic I dearly love in TD games. Currently the sorceress and mercenary heroes have been announced for the game.

Deathtrap will be out sometime this fall on PC, supporting up to 4 players in online co-op. It will be coming to Xbox One and PS4 sometime after that.