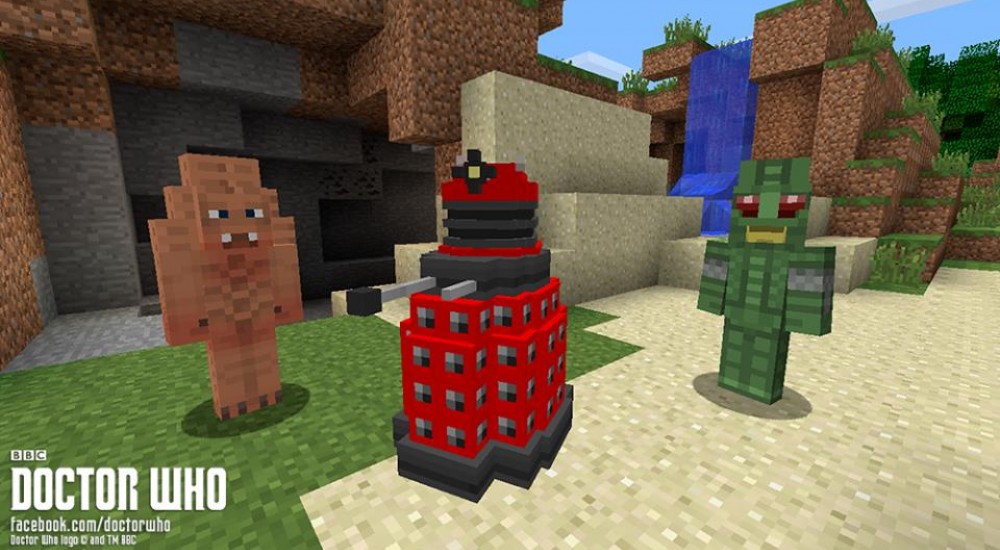 It's skin time for Minecraft: Xbox 360 Edition once again! While we wait for Minecraft's next-gen console launch (which was delayed for PS4, bummer), a new skin pack will roll out to keep us all distracted. Adding to the array of Halo and Marvel skins this September will be the blocky debut of none other than the Doctor. Not Dr. House, the other one.

Six of the Doctors from Dr. Who, including the 12th Doctor, Peter Capaldi, will be transformed into square-shouldered Minecraft avatars this September, along with a couple of other characters from the series, including the Daleks. Word around the Tardis is this will just be the first of several Dr. Who skin packs, so no need to start the "but wheres my fav doctor!" arguments on Twitter just yet. The additional packs will release during the show's current run, so you won't have to wait too long.