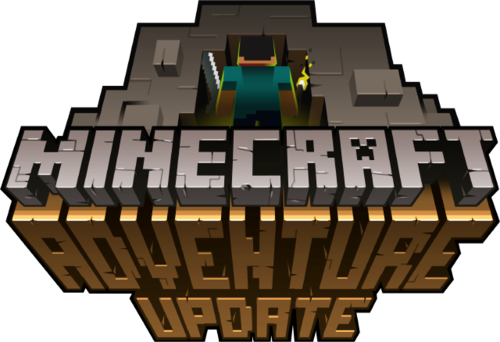 A few new photos emerge of Minecraft: Xbox 360 Edition, showing of the dark, but mysterious Endermen mobs. Does this mean the 1.8.2 Adventure Update is right around the corner for Xbox players? We sure think so!

4J Studios has recently teased us with new pictures of the 1.8.2 Adventure Update, as it slowly creeps (pun intended) closer and closer to release time. One of the most highly sought after updates since the latest (major) one, the Adventure update will increase the already limitless potential that is Minecraft replayiblity, with the long-awaited Creative Mode and new in-game mobs/items. A few of these new screenshots feature these mobs, such as the Endermen, other worldly creatures with mood swings, and a new Xbox LIVE Avatar item of a sheep being sheered comically. For those of you who are new to Minecraft and have never experienced Endermen before: be cautious around these creatures. They might seem gentle and harmless from afar, picking up random blocks and walking around with them, but look them straight in the eye and you’ll have a surprise on your hands. Endermen become aggressive and begin to attack you via teleportation, most commonly appearing directly behind you. This “hit and run” tactic can be quite a nuisance if not dealt with quickly. It’s best to just admire these touchy giants from a distance. Another creature called a Silverfish, likes to conceal itself in blocks of common cobblestone, regular stone, or regular stone found in new areas called Strongholds. Strongholds are basically hidden dungeons you can find through the luck of exploration. When players in these areas either mine or destroy the Stronghold stone, these gray Silverfish may spawn and attack players' legs. Being small and somewhat quick, Silverfish can deter players from wrecking these secluded, underground fortresses without paying the price. The final image reveals the deadly Cave Spider, a smaller blue mob that is typically found in abandoned mineshafts and caves. Don’t mess with these guys, ever. Regular Spiders are annoying enough.

One of the main new features we’re looking forward to in this update is the Hunger Bar, shown on the right hand side next to the Health Bar. These little icons of meat dictate how much energy you have before you begin to lose health, constantly keeping you looking out for food items to keep you strong. This alone adds quite a bit to the survival aspects of this game, constantly keeping you on the move.

As of right now, no confirmed date for the Minecraft: Xbox 360 Edition 1.8.2 Adventure Update has been announced, but stay tuned for when it inevitably does!