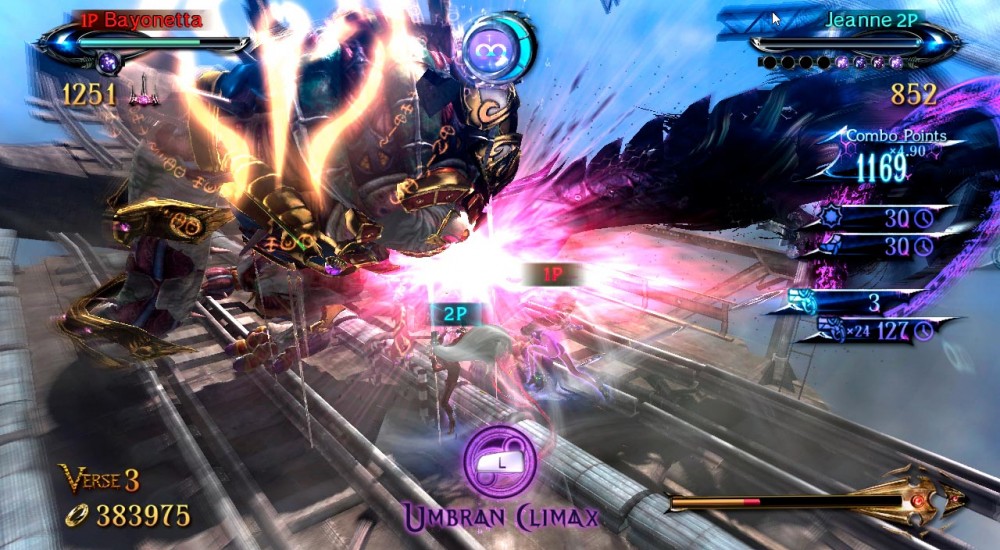 Nintendo's latest Nintendo Direct focuses solely on Bayonetta 2, revealing a new costume, as well as a brand new playable character in its co-op mode. Check out some awesome "Tag Climax" mode gameplay and see how playing with a partner will add a new element to the game.

What Nintendo does best is fan service, and a new costume of Fox McCloud from the Star Fox series is a perfect addition to the handful of customizable attire that the character Bayonetta can wear. Peach, Daisy, Samus, and Link have all be announced as costumes in addition to Fox McCloud. What's interesting about them is that each will provide their unique moveset, as well as add special elements to your character, such as the "Lock On" feature from Star Fox. Additionally, the online co-op mode was explained in greater detail. Not only will Bayonetta be playable, but other characters from the series (such as Rodin or Jeanne) will also be available to play as in multiplayer. The mode "Tag Climax" features a 2-player online co-op where players can battle against random human opponents or computer controlled ones. While both players are working as a team to defeat the enemies, there's still a competitive element within co-op regarding gambling in-game currency called "Halos". For the first time, Nintendo showed off some co-op gameplay here (skip to 21:00):

Bayonetta 2 arrives this October 24th exclusively on Wii U.