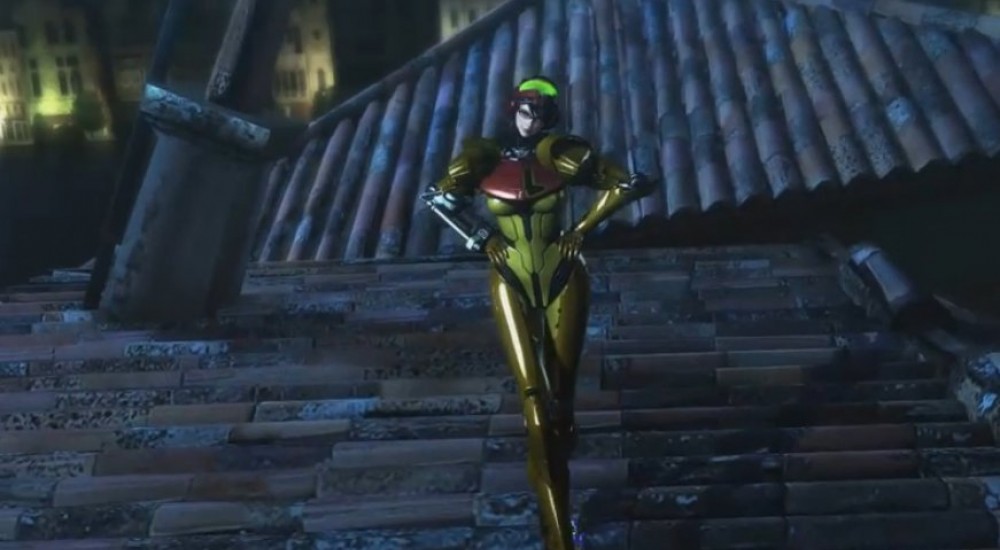 Bayonetta 2, the guilty pleasure we love to indulge ourselves in but rarely discuss in polite company. The combat-slurry sequel is on its way to Wii U, and it's bringing with it a surprisingly appropriate Nintendo-themed bonus that's somehow even more mesmerizing than we thought it would be.

Give the video a look-see and prepare for 54 seconds of Bayonetta dressed as Samus Aran, complete with spin jump and morph ball abilities. Given that Samus had her own combat game released a few years back, it's not so surprising to see the bounty hunter kicking butt in this manner. What will be surprising is when the "clothes fall off when she performs more combos" feature kicks in, something we're still shocked to see on a Nintendo console.

Samus' power suit isn't the only Nintendo costume Bayonetta will wear. Developer Platinum Games has announced Peach and Link outfits are on their way, just like those available in the Wii U port of the first game. New for Bayonetta 2 will be a Fox McCloud outfit which, oh my, will have furry ears and a furry fox tail.

Bayonetta 2 releases in North America and Europe on October 24. A demo is currently available on the Wii U eShop. Co-op supports two online players bashing big bosses together for special in-game loot.