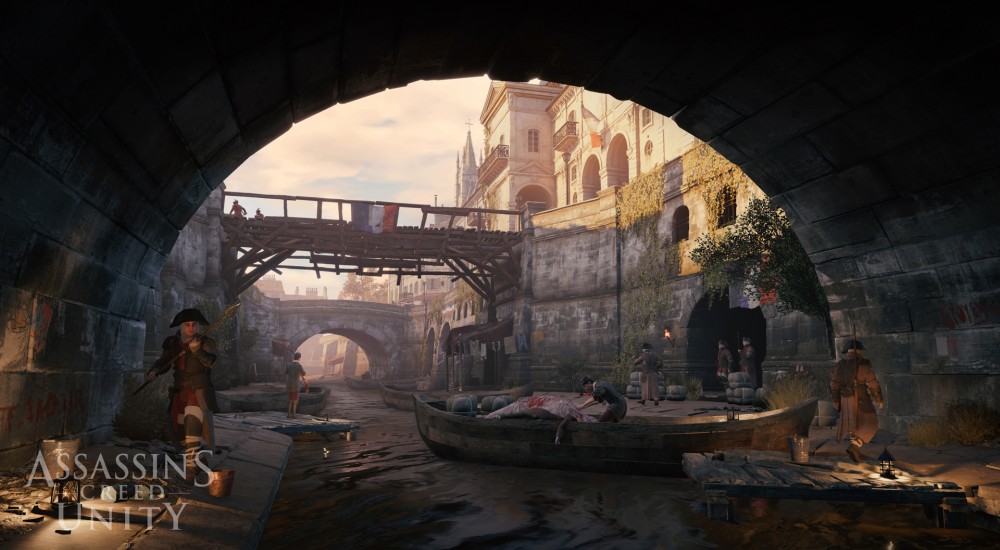 One of the selling points of Assassin's Creed Unity is the many ways to take out your targets with friends. In a new video from Ubisoft, we see something a little different; a Heist mission isn't about taking out a target, but instead about remaining undetected while stealing some treasure. Creative Director Alex Amancio takes us to the French Revolution where players are working together to acquire artifacts smuggled into a hospital by the Templars:

Goal locations in heists are never the same, so each mission can be different depending on where your objective is located. The number and placement of guards is also a variable, so the path you took in a previous playthough might prove more challenging next time around.

The video shows players sneaking into a hospital via a graveyard and disabling alarm bells along the way to cover their bases. After picking a locked gate, the Assassins are inside the facility and continue on their path. While combat lovers may just clear a path with their swinging swords, the game awards stealth above all other actions. The more you are spotted, the less your treasure is worth.

Heist missions seem to be a shorter co-op mode (this mission was completed in less than five minutes after all) that encourages replays to earn experience. Brotherhood missions that we saw at E3 task players with infiltrating an area and working together to take out specific targets.