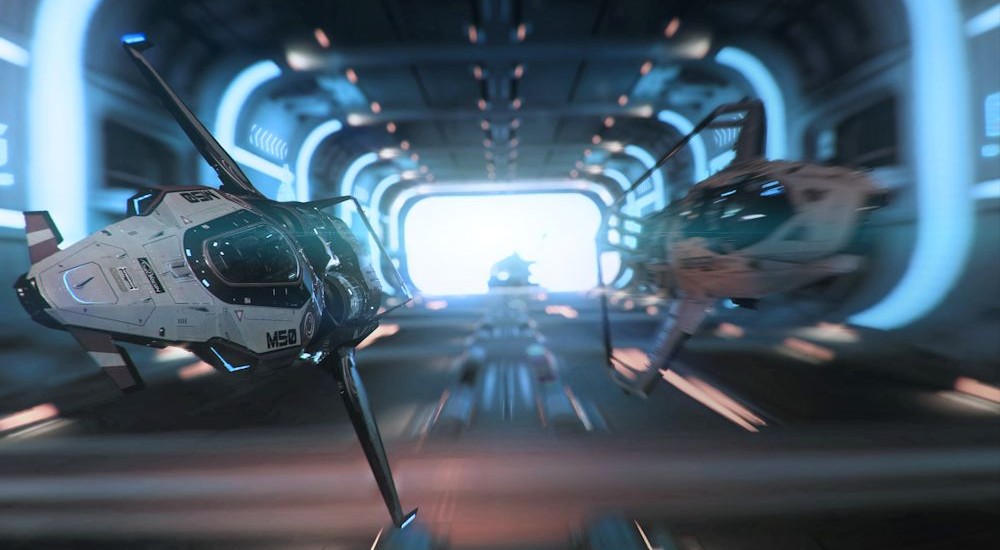 Star Citizen's Arena Commander module has been updated to version 0.9. The module is meant to give Star Citizen backers a taste of what the game has to offer, providing a glimpse into both the technology and gameplay that the full game will provide when it launches later next year.

The latest update adds a few modes of gameplay as well as a system that lets users group up together with friends to play them. The first mode added is a race mode on a new map called New Horizon. Players race each other to be the fastest ship to the finish. With this mode comes two new racing ships, the M50 and the 350R.

The other update is a new mode called Vanduul Swarm, the game's first taste on taking on AI enemies in co-op. In this mode you'll team up with two other friends against enemies to honing your pilot and shooting skills along the way. To join friends or have friends join, you'll need to grab the match ID and let your co-pilots know what it is so they can join. This ID is located on screen in the lower right. This is essentially the "friend code."

There's a ton of other changes and enhancements this update added. Here's the full list of patch notes.