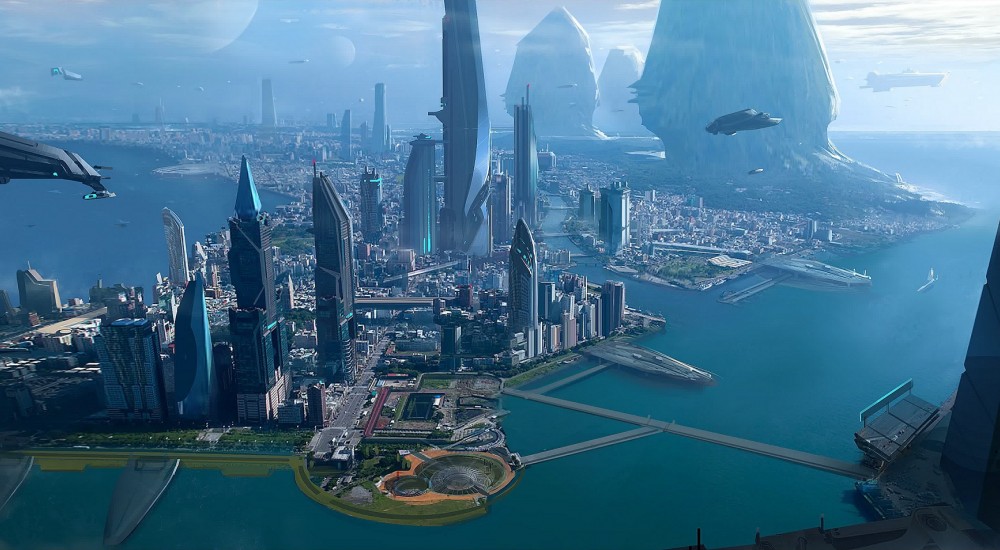 Star Citizen, largely famous for being one of the most ambitious games currently in development (or ever, potentially), has just recently crested the $68,000,000 mark in its crowdfunding endeavor.  Touting lifetime insurance as one of the many perks of pre-purchasing a souped up spaceship, developers Cloud Imperium have made the allure of buying into their unreleased MMO as tantalizing as ever.  Luckily, though, nearly every interview with head honcho, Chris Roberts, has worked to assure "investors" that every dollar being spent isn't necessarily being whisked away to fulfill his dream of owning the world's first Wing Commander island theme park.

Much to my dismay, a recent interview with PC Gamer has further proven that my dream of blasting Kilrathi while drinking a sun-soaked mimosa is still years away. The interview dives a little into the ways that Roberts would like his game, which sports various cooperative-specific elements, to differ from what he calls "theme park" MMOs.  The most interesting of these is the idea of player impact on the setting which, while not necessarily a new idea, has been largely underwhelming in most of its incarnations (EVE and a few others excepted).  One specific implementation noted in the interview is that of newly added and undiscovered systems whose names are decided for eternity by the plucky space explorers that first happen upon them.  Oh, how I long for the days of transporting my precious asteroid diamonds through the xXJRRTokinXx system.  Then, and only then, I will know deep in my heart of hearts that I am living in the future that Asimov envisioned.

Of course, all this ambitious posturing is no guarantee that the game will be any good.  For all we know, that Wing Commander resort is having its drink menu tested as we speak, but Roberts and crew are certainly doing everything they can to assure us that they are pouring every ounce of their resource pool into development.  With any luck, the noble knight, Sir Star Citizen, will one day venture forth and slay the horrid dragon living atop Hype Mountain.