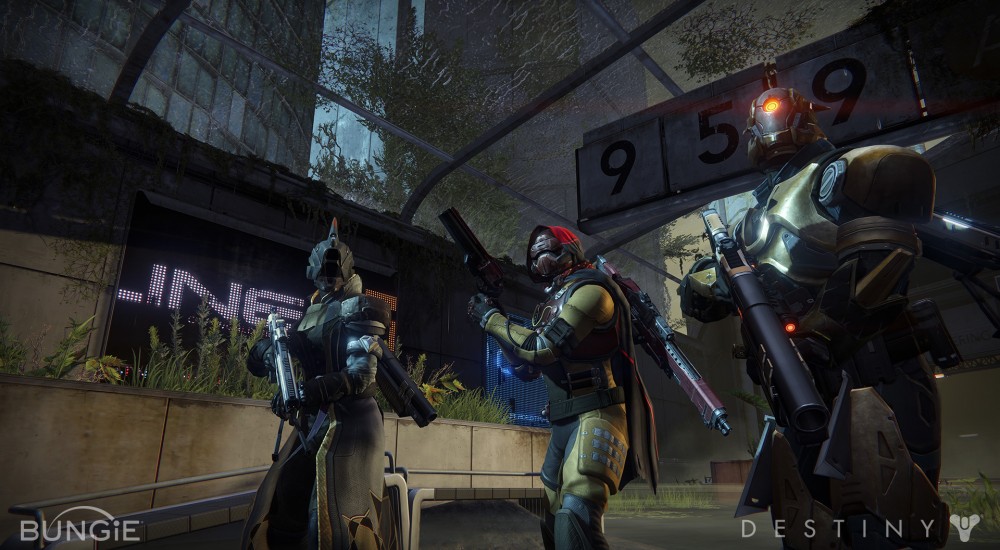 Bungie has a strong legacy of spectacular co-op gameplay, both online and offline. Their highly anticipated title Destiny, however, won't be following suit this time around.

The developers at Bungie have confirmed that Destiny won't provide any sort of split-screen online co-op mode, which is interesting coming from the former developers of the Halo series. Online couch co-op would've been a cool thing to experience within Destiny, bringing in friends/family/loved ones into games with us just like in the Halo. Bungie Community Manager, Eric Osborn, explained their reasoning for the decision, however:

“We’re actually not supporting split-screen in Destiny. We love split-screen. Obviously we have a legacy of supporting it. We know a lot of players love it. We love it. But we really wanted to untether guardians. Even if you’re in a fireteam, you can go wherever you want. That level of freedom was really important for us. We know some players really like split-screen. Ultimately, you can’t build a game to suit every single player out there.”

As big of a game as Destiny is, the ability to roam freely without having to be tied down to a co-op player may sound somewhat appealing. Hopefully the online only co-op will more than make up for this small blunder in co-op gaming.

Destiny will be here on September 9th for PS4, but the alpha testing will be starting this week for those eager to try it out. The recently announced White PS4/Destiny bundle may now preorder as well. Please check out our hands on impressions of the alpha build from E3 here.