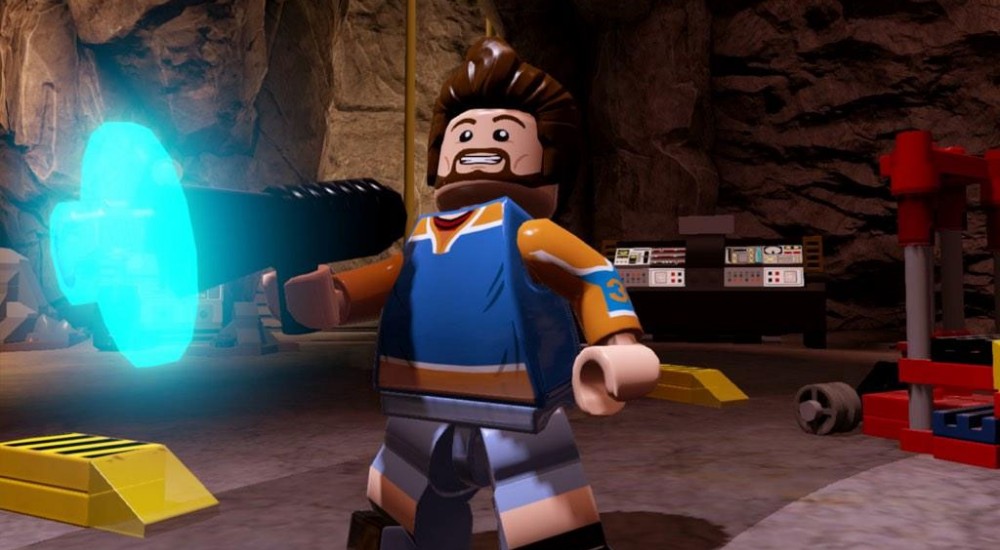 The LEGO games always bring a whole bunch of playable characters to the party, and LEGO Batman 3: Beyond Gotham already boasts a staggeringly large roster. The cast seems to have reached critical mass, and begun conscripting folks from the real world into this lighthearted romp through DC's expansive universe.

First up, we've got infamous director Kevin Smith lined up to play himself. Mr. Smith is quite the comic enthusiast, going so far as to name his own daughter Harley, after the Joker's counterpart, Harley Quinn. The man hosts a podcast with several of his comic book nerd buddies, and even stars in a show about a comic book store he owns. While I might have some questions as to what his powers are, other than wearing hockey jerseys all the time, he's probably a great fit for the game.

Actor/Voice Actor/crazy old person Adam West gave the world a much less grim, wackier Batman, and LEGO games are nothing if not wacky. Adam joins the cast without the cape and cowl as himself. Who knows what sort of abilities this fella might have? He might just spout nonsense and baffle the enemies until they dismember themselves. Arrow actor Stephen Amell joins the cast as well, voicing Oliver Queen, AKA Green Arrow. This isn't the first time Amell has lent his voice to a game, providing both dialogue and appearance to a Green Arrow DLC skin in Injustice: Gods Among Us. Sure, this Ollie might not be the bearded, wise-cracking Robin Hood from comics past, but it's always nice to see someone representing a character fully.

Finally, for huge comics nerds like myself, DC Creative Director Geoff Johns is making his video game debut as a character as well. Responsible for the company's direction in the last few years (and writing some pretty fine comics, might I add), Geoff appears decked out in his usual Green Lantern cap and shirt. Whether or not all of his lines are about breakfast cereals is yet to be seen.