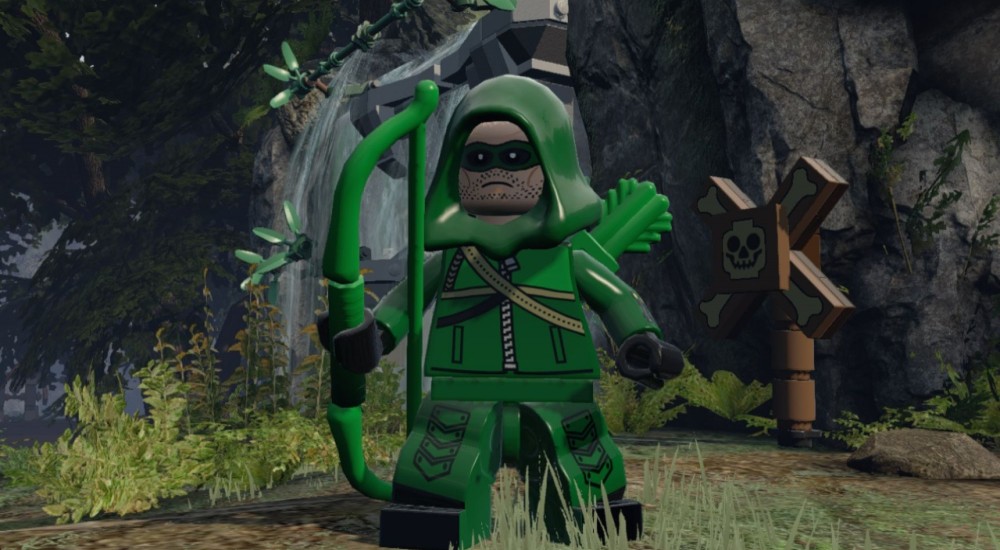 As is the norm for the LEGO video game series, LEGO Batman 3: Beyond Gotham doesn't suffer from a lack of options when it comes to playable characters.  Avid DC fans can grab extra character packs to finally live their childhood dream of beating up Brainiac's minions as Captain Boomerang.

The latest of these character packs shifts the game's focus to the WB's popular TV series, Arrow.  Now, you and a co-op pal can relive the LEGO Batman 3 storyline as the green-tinged vigilante and his buds.  Check out the full list of options below:

The pack itself was released yesterday for applicable Sony consoles, while those with Microsoft consoles or PCs had to wait until today.  As always, anyone interested in picking it up can do so on an "a la carte" basis for $2.99, or purchase the season pass for $14.99.  The latter of those options will net you this pack along with 5 others, 4 of which are already out.  Not a bad deal if you're the type of person who just has to know what Swamp Thing looks like in plastic separable block form.

It's an interesting twist on the "comics in video games" arena to focus on the TV show version of a popular comic book character.  However, it may not be too outlandish considering the amount of fans those shows have outside of the realm of comic readers.  There's already a Smallville Lego set out there.  Maybe it's time for traditional comic book fans to start embracing their fellow caped crusading enthusiasts regardless of their origin.  What would Batman do?  Wait, no, that's a bad example.  Don't do that.