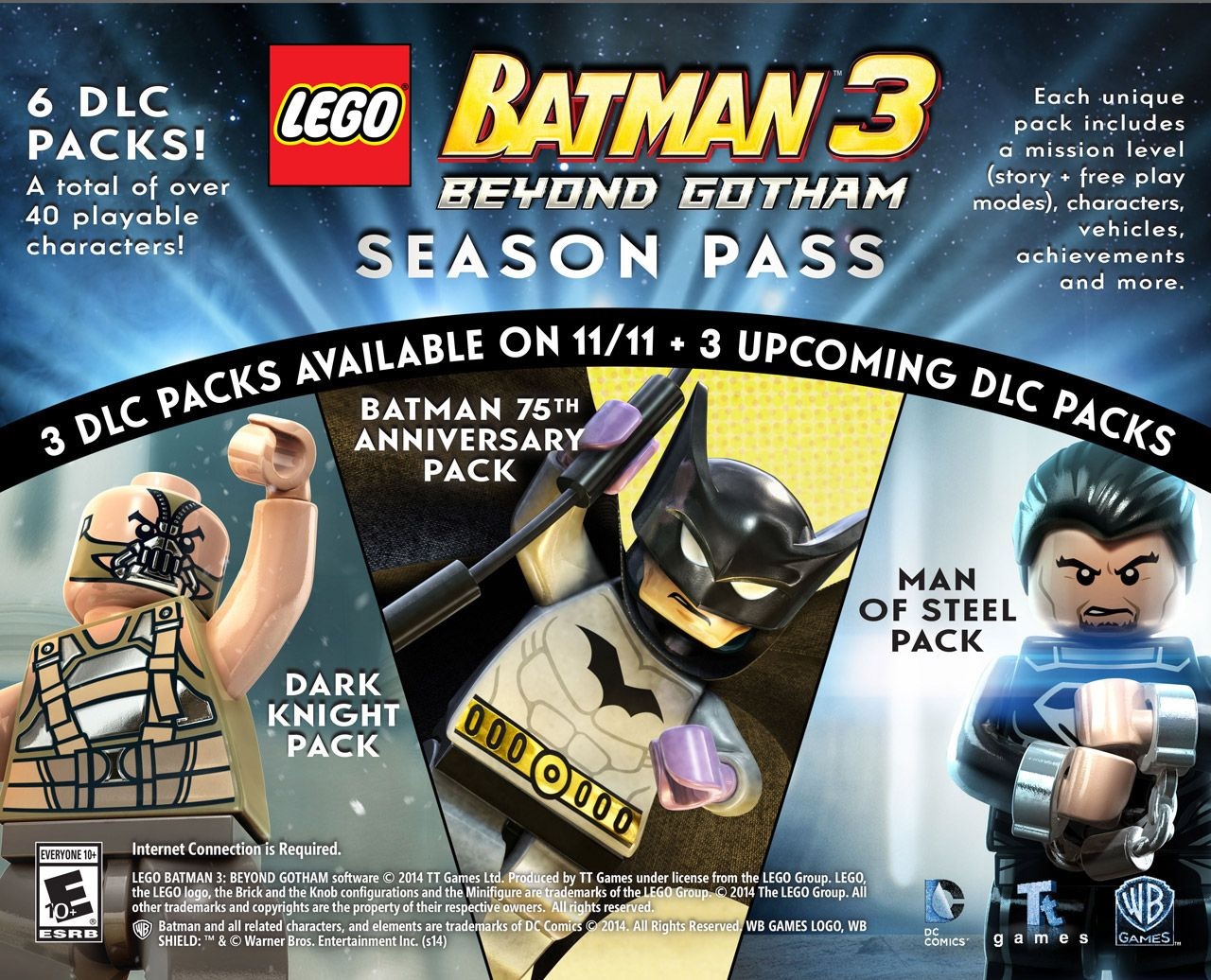 Season passes are becoming increasingly prevalent in an industry still fighting the dreaded trade-in market; why would you get rid of a game when you have some DLC incoming?  The LEGO games are not known for this, but LEGO Batman 3: Beyond Gotham will rectify that and the 6 pieces of DLC on offer are not bad.

Traditionally DLC for the LEGO games have taken the form of new character models that have had little impact on the gameplay.  LEGO Batman 3 will have these characters, but will also feature new story missions that can be played in freeplay too.

The initial three pieces of DLC will be available to download on launch; The Dark Knight Pack, Batman 75th Anniversary Pack and The Man of Steel Pack.  The two film based DLCs will recreate a scene from the movie, whilst the 75th anniversary DLC will have the Joker and Haley organizing a party for Bats.

At $15 this is one of the cheaper season passes around.  Across the six pieces of DLC you will get more than 40 characters, vehicles, and new achievements.