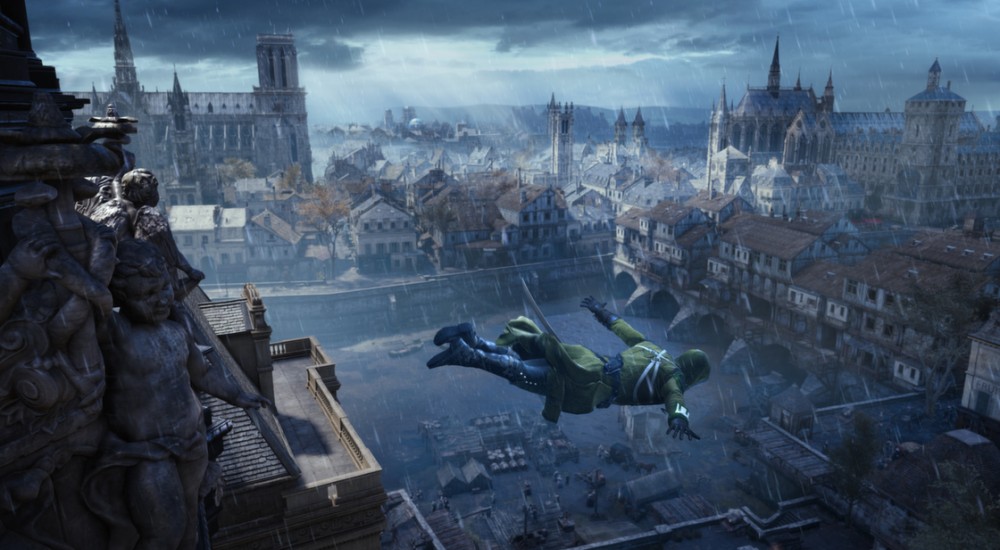 Interested in Assassin's Creed Unity and take news exclusively in video format? Well, the flood gates opened down at Ubisoft PR, and the adventures of Arno and Friends are on the menu. We've got Dev Diaries, a story trailer, and a whole lot of info on how you can best play with your friends.

Let's start off with what you're probably here for: co-op. We chatted up Producer Lesley Phord-Toy this year at E3, and she's back with some more details on how you and your pals can jam together in Unity.

Ubisoft has been attempting to cultivate a more personable appearance by thrusting Devs in front of cameras to answer questions as of late. Here is Community Developer Gabe Graziani taking some time out of his day to answer questions posted on the Ubi Forms.

Revolutionaries and nationalists alike fill the streets of Paris in Unity, so how will you know whose throat to slit? We've got a story trailer talking about your main man Arno and what he's all about.

Alexandre Amancio, the Creative Director for Unity, wants to have a heart to heart about Assassins Creed, and to reassure everyone that their voices have been heard. Well, mainly he wants to talk about co-op and customization, to which I am more than happy to hear about.

While that's about it for official Ubisoft video, we've got one more piece of Assassin's Creed content you might be interested in. As the first AC game co-marketed with Microsoft, a special Xbox One Bundle is shipping with the game. Normally, console bundles go for full price of the console and game combined, perhaps with $10 or so lopped off. However, this bundle comes with an Xbox One, Assassin's Creed Unity and Assassin's Creed IV: Black Flag, for the same price as an Xbox One. That's $399 without Kinnect, or $499 with.

Check out this last and final trailer.

If you love AC and are waiting for a sick deal to pick up an Xbox One, this is probably your best bet. Not many bundles out there include a third party game for free, not to mention two.