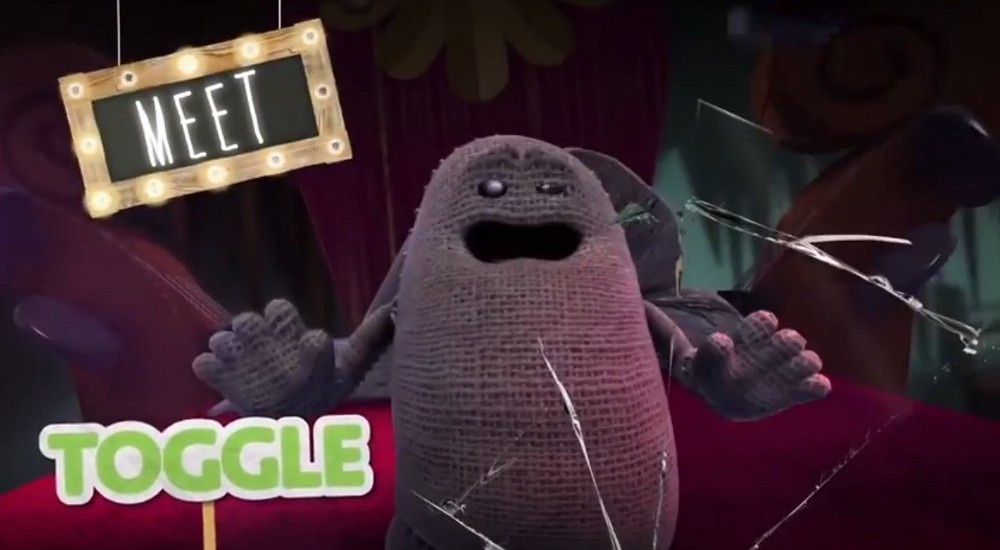 Meet Toggle. He's big and heavy. He's small and agile. He's kind of a sackboy version of that scary purple thing McDonald's used to use in their commercials. And he's also the newest character unveiled for LittleBigPlanet 3.

The first two LittleBigPlanet games were drenched in cuteness and creativity. When you've got a game that's as inventive as this series, it's tough to one-up yourself with every new release. That's why the upcoming LittleBigPlanet 3 has a brand new set of characters, each with their own skills to help them navigate treacherous levels. Sackboy is joined by OddSock and Swoop, but it's our size-changing friend Toggle who gets the first unveil. The 20 second teaser below takes just enough time to show us who he is and what he can do.

Pre-orders for LittleBigPlanet 3 come with different bonuses depending on which retailer you use. Grab the game from from select physical retailers and you'll score a real-life Sackboy Plush. Buy it from Target in North America and Sackboy will be wearing a red Target hat. Digital bonuses are also included in pre-orders, and once again those extras will vary depending on which retailer you visit. Too many choices, we just wanna play!

LittleBigPlanet 3 is scheduled for release on PS3 and PS4 November 18th, with the latter system receiving improved graphics thanks to the added next-gen horsepower. Four player online and offline co-op are both supported.