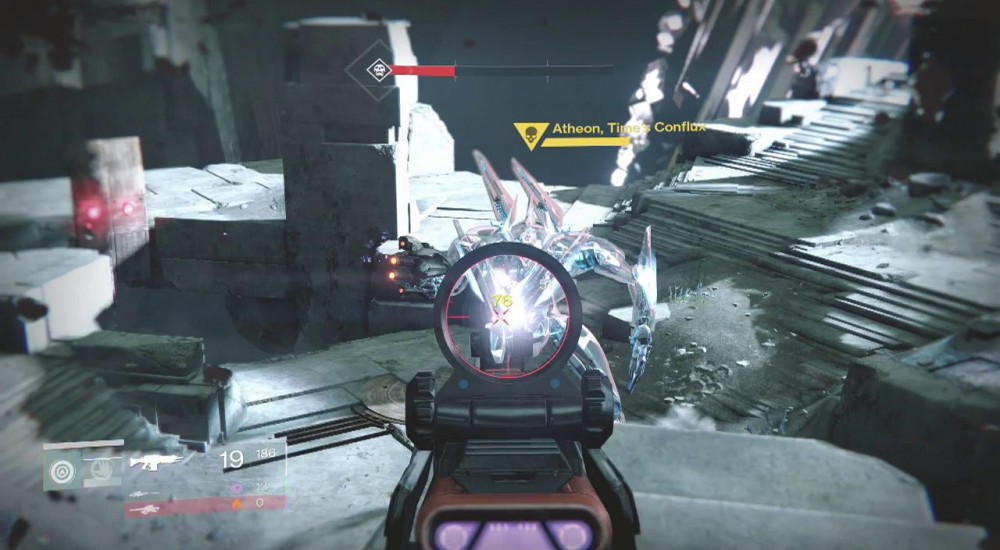 The latest Destiny update is one to check out, if not for the special Halloween item gifted to all players! Those that want to try to exploit the Vault of Glass might find the Raid to be a little bit trickier than before, as indicated in the Bungie patch notes.

First of all, Happy Halloween! To celebrate the upcoming holiday, Bungie has gifted all players of the game a special consumable item called "Jackolyte". Each jack-o-lantern consumable will adorn you with a spooky pumpkin head that lasts for 30 minutes per use. Players may also notice the creepy sounds around them while wearing the head. Find a gift three-pack of Jackolyte from the Postmaster! Secondly, the Vault of Glass Raid has been slightly altered to prevent certain exploits (such as pushing the Raid's final boss, Atheon, off the ledge for an insta-kill, or predicting where he will be teleporting to). The change has been met with a lot of backlash from the community, but Bungie has defended their reasons for changing the Raid.

Community Chief, David "Deej" Dague stated that the Vault of Glass was intended to be hard for all players at all times:

"So, the update just went live. Atheon can no longer be pushed off his platform. He'll also select people at random to be thrown across time. He's a real bastard, eh? I talked a lot to the developers about your opinions on the matter. You don't want to be selected at random. You want to choose who gets to fetch the Relic under fire from those nasty Oracles. I spoke on your behalf. Your voice was heard. We discussed your concerns. I even said 'Why not just change Hard Mode and leave Easy Mode alone? I was told 'The Raid is never supposed to be easy.""

Furthermore, Dague mentioned that the Vault of Glass was designed to push a hardcore team to its limits and to change the conditions of the battle on the fly. Despite this, community feels that they're being punished for figuring out Atheon's tactics.

"Like the moment when the Templar shields random players, the Final Boss was supposed to be extremely dangerous. While we've been working on some of the other things for which you've been asking (i.e. better exotics, voice chat in matchmaking, more bounties), the designers who made the Raid have plugged the holes that you showed them. If you got in on the ground floor of this thing, we thank you. If you understand the mechanics for how to beat Atheon, it's still a thing you can teach your friends. If you're all up to the challenge, the Raid is waiting for you. More info on the update can be found below:

This update makes Destiny a more stable experience for all players. We’re also changing the player experience in the Raid to ensure that the activity provides an endgame challenge that meets project goals for the intended level of difficulty.