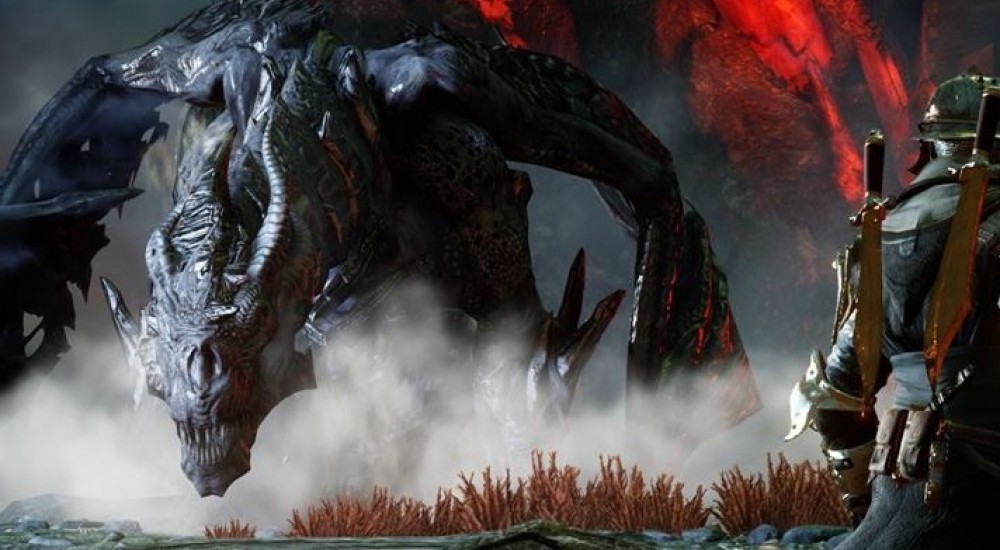 We're all aware that the co-op and single player campaigns of Dragon Age: Inquisition are locked away in separate rooms and refuse to make eye contact. Bioware is probably pretty cautious of having the two interfere after the unfortunate backlash they got from Mass Effect 3's multiplayer influencing the traditionally single player experience. Of course, the two modes still exist in the same game world, even if they aren't going to acknowledge each other.

We've got a largely single-player based trailer for you here. It has a bit of info pertinent to the world of Thedas, however, and it's always good to have context for why you and your buddies are blowing demons to bits. Aside from the fact that they are demons, that is.

Inquisition touts its complex narrative being built on a variety of choices during the single player game, even drawing influence from your personal choices in the previous Dragon Age installments. No word if we'll see any dialogue trees or whatnot in the multiplayer experience, but I'm hoping it might spice up co-op dragon slaying.

I understand wanting to separate two side of the story into their own separate compartments, but wouldn't it be fun to unlock non-essential goodies in both modes? Maybe completing a certain number of multiplayer maps gives you extra gold for your single player Inquisitor, or a fancy new hat or something. Or maybe if your Inquisitor doesn't ruthlessly behead a specific NPC, you could get some extra items in multiplayer? Maybe they don't need to directly impact each other story-wise, but it'd be fun to feel like you're earning something for both modes just by playing the game.