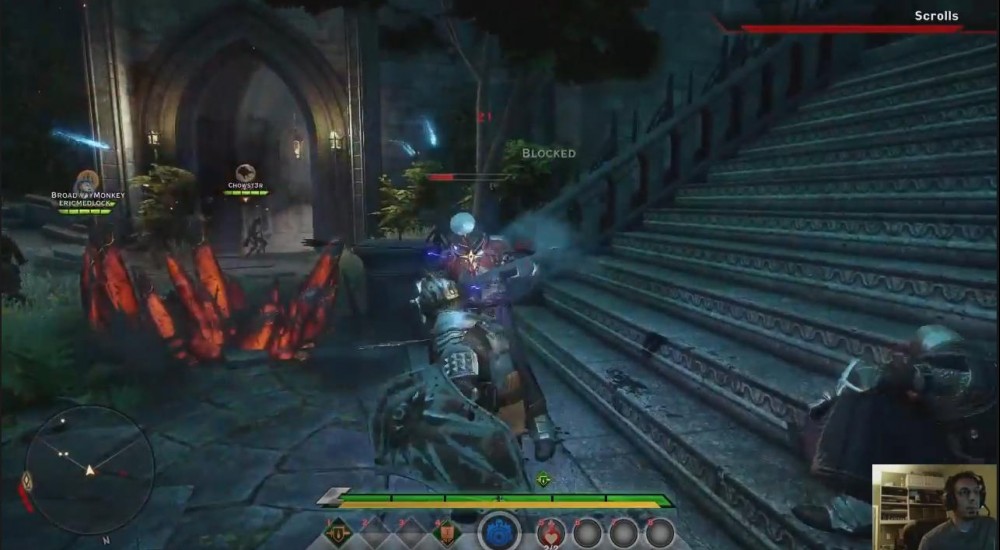 Dragon Age: Inquisition by all accounts is an incredibly large game. Claims of over one hundred hours of gameplay by the publisher are apparently, not exaggeration. And that's just for the single player. Dragon Age: Inquisition also sports a four player online co-op mode where players team up and dive into pseudo-random dungeons for loot and glory. We'll have a full review of Dragon Age: Inquisition in the coming week or so, but for now, we wanted to give you our impressions of just the cooperative gameplay.

The online co-op mode has been compared to what we saw in Mass Effect 3, another Bioware creation. And while they both sport four player online co-op, replayable levels, and a loot system based on both real world and in game currency - the difference stops there. Players are given three character classes to start from (Legionarre, Reaver and Archer) with a total of twelve available. Other classes are unlocked by crafting their armor which is done by salvaging materials from goods found within the levels or from chests you purchase with in game or real world currency.

With three levels to play, that doesn't seem like much initially - but the levels are actually long and sprawling with five distinct sections each. For instance while you might start in a temple, you can end up in a small village or underground in dungeons. Each section provides optional bonus objectives to earn more gold and loot. The setting of each of the three levels varies greatly with the likes of a Cave, Dungeon and a Chateau. Combined with the random aspect of each of these and they all feel very replayable.

If you're into collecting loot, leveling a character, and just having a good time with friends the co-op mode in Inquisition seems like a good fit. It's almost a shame it was added to a meaty single player game that a lot of folks will want to get through first. We'd like to see something like this available as a separate download for those just looking for a solid social experience.

And of course, we managed to glitch the game. Here's a funny look at an invulnerability and invisibility glitch we found in Dragon Age: Inquisition.