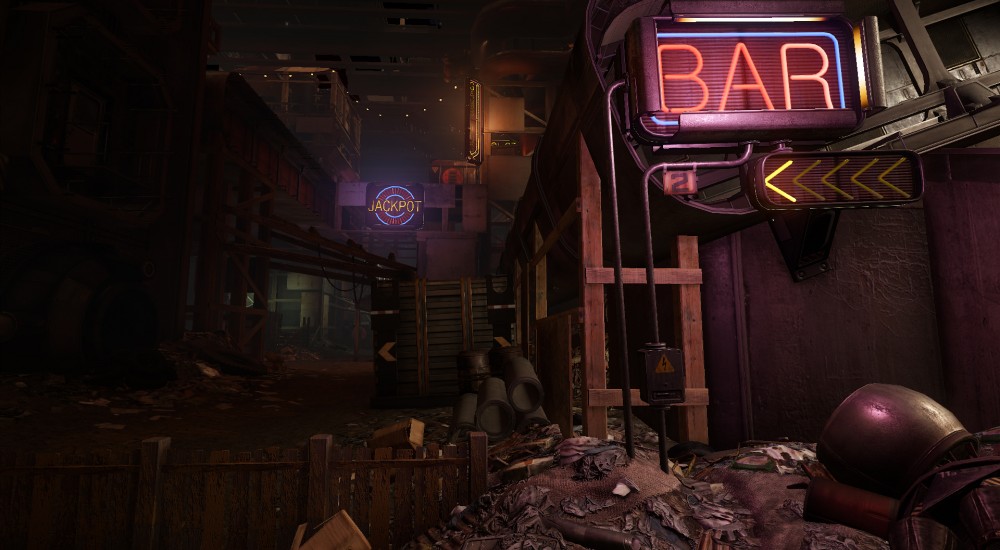 Looking for more Evolve content? Do check out the two new maps that Turtle Rock Studios and 2K announced will be arriving soon: Broken Hill Mine and Broken Hill Foundry! Get a leg up on your competition and learn about these new environment to dominate as both Hunter and Monster.

First and foremost, we learned that these two new maps will be arriving first on Xbox One this coming March 31st, followed by the  PC and PS4 versions one month later on April 30th. As with all future maps that will be coming to the game, both Broken Hill maps will be completely free to the community rather than charge for them. This was Turtle Rock's attempt to avoid splitting the community between those who purchased the maps and those who hadn't. As for the new maps, Broken Hill Mine is, well, an underground mine deep beneath Shear's surface. Just from first glance, I would think to not bring Hank along in this map if you don't want Orbital Barrages to  be hindered by the tight rocky caves. However, Broken Hill Foundry, an industrial complex, is stationed directly above the caves with a large opening scattered throughout, giving Hank some opportunity to lay down the pain. Both maps encourage lots of sneaking and close quarters combat, so players won't have to run around as much (still a ton, though). From the lavish green nature environments we've seen mostly, these seem to change things up a bit:

Broken Hill Mine is a deep labyrinth of caves running below the surface of Shear. The cave system divides into three visually distinct areas: One area is a rock quarry, a venom hound nest is set in another, and the last zone has a massive conveyor belt running through it. These surround a central drill chamber. Hidden, destructible entryways allow the Monster to shortcut through the map – or to fake out the Hunters and lead them down the wrong path. The mine’s tight confines reduce running and encourages a lot of stealth and close-quarters firefights. One cool thing to look for: Look up and you’ll see the crane for the Broken Hill Foundry (the second new map) above.

Hunter Win: Mining Drones get repurposed as Shield Drones for the Hunter team in the next match.

Monster Win: Destroying the mining drill makes the environment tectonically unstable. The resulting earthquakes will flush out birds from the surrounding areas, deceiving the Hunters as to where the Monster is really located.

Broken Hill Foundry gets you out of the wilds of Shear and into an industrial complex. It’s an overlapping mix of open areas, corridors and low ceilings create new tactical options for both Monster and Hunter players. In the warehouse alone, there are three levels to stalk prey. Another area takes you through the streets – and to the rooftops – of Slagtown where a Monster can be lurking around every corner. Crates of bohrium, found throughout the facility, can be eaten as food for the Monster. Though the crates are easy meals, they don’t have a pop top. Breaking them open makes considerable noise and give away the Monster’s location.

Furthermore, players on the PC version should've noticed their first patch gone live yesterday. Most of the issued fixes increase the performance of the hardware, as well as that annoying mouse disappearing glitch many have complained about. Take a look:

— Fix for a shadow rendering bug

One last thing: if anyone played the game during the "Hunt for Gold" event, your Gold Skins should now be issued to your account. Make sure to link your 2K account first before checking for your skins.