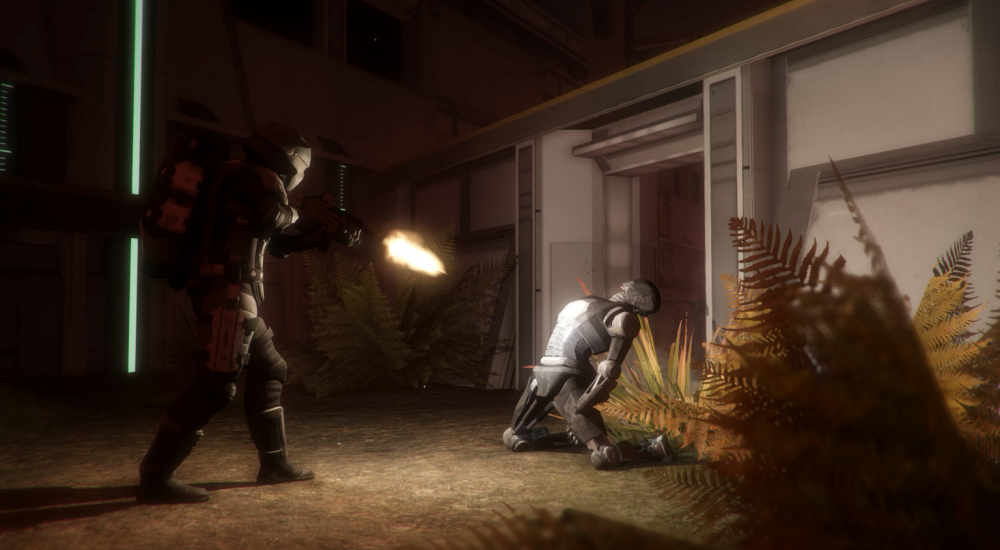 Alright, folks.  It's time to pack your space-bags and hop back into Interstellar Marines, The tactical co-op FPS just dropped it's newest patch, and it's added a whole slew of ways for you and three buddies to bring the pain to your galactic foes.  Of course, the game is inspired by Rainbow Six, so I'm assuming the pain in question can only be brought after hours of planning, meticulous loadout management, and staring at your computer screen as you try to figure out who exactly shot you.

First off, Zero Point Software has added two new maps to the mix, bringing the total to six.  Of these six, five are what the developers are calling "challenge missions", and allow your team to test their mettle against free-form AI in a more linear fashion.  One, titled "The NeuroGen Incident", centers around a crucial event in the Interstellar Marines universe, and provides sandbox gameplay, varying difficulty levels, and randomized locations.  Both of the new maps contain multiple game modes, meaning you can jump right into a new set of rules once your squad of tactical masterminds has triumphed in their current environment. Zero Point has also added numerous elements of stealth-promoting gameplay, lending to the title of the update, "Stealth Suppressed".  The Assault Rifle and SMG have both been granted sound-supressors, so now your AI opponents won't know about their recently deceased comrades until they happen upon their corpses and wonder to themselves, "Has he always had that bullet hole in his neck?  God, I need to be more observant.  This is probably why I can't ever get past the first date.  That and my cold, emotionless robot heart."

Speaking of the AI, they've also seen a crucial boost to their programming.  Along with tweaks to their reactive capabilities, your artificial rivals have also gained the ability to detect light levels in order to promote a stealthier approach to missions.  Now, they can only find your unlit form when they hear you yell, "Did you seriously forget to pack the grenades again, Lewis?!"