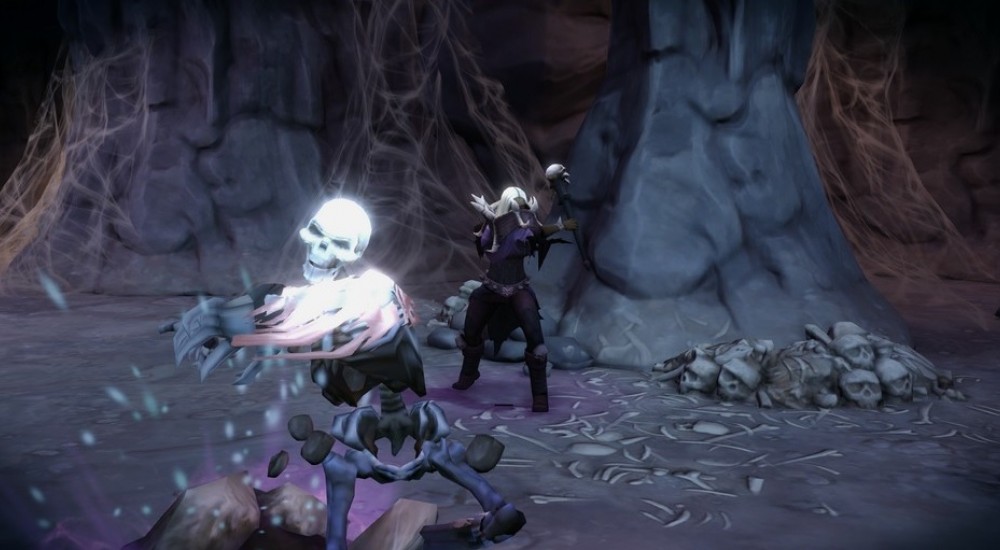 The first DLC character has finally arrived for  Gauntlet. I mean, the Gauntlet released this year, and not the game with the exact same title from 1985. Meet Lilith, a Necromancer by trade, heroine of the universe by choice, who you can pick up for $4.99. Instead of cruising around dungeons swinging swords, she takes a more "hands off" approach by conjuring a horde of skeletal minions to do her bidding. Let's face a cold, hard fact: if we could summon shambling corpses to do whatever we said, we'd probably get a lot more done.

On top of training an army of mindless skeletons, her "Ghost Walk" ability lets her traverse through groups of enemies for a limited time. Since Gauntlet is nothing but a colossal amount of baddies on screen wanting to carve you up, Lilith's Ghost Walk can poof her out some sticky situations. In addition to the paid DLC, a new patch has added in Six Player Arena Mode combat to Gauntlet, entirely free of charge. Claiming to be Season 1 of the "Gauntlet Coliseum", this separate mode takes you and five friends into wave-based hordes of enemies to earn sweet cosmetic loot and to claim your rightful place on the leaderboards. No word to how long the season might last.