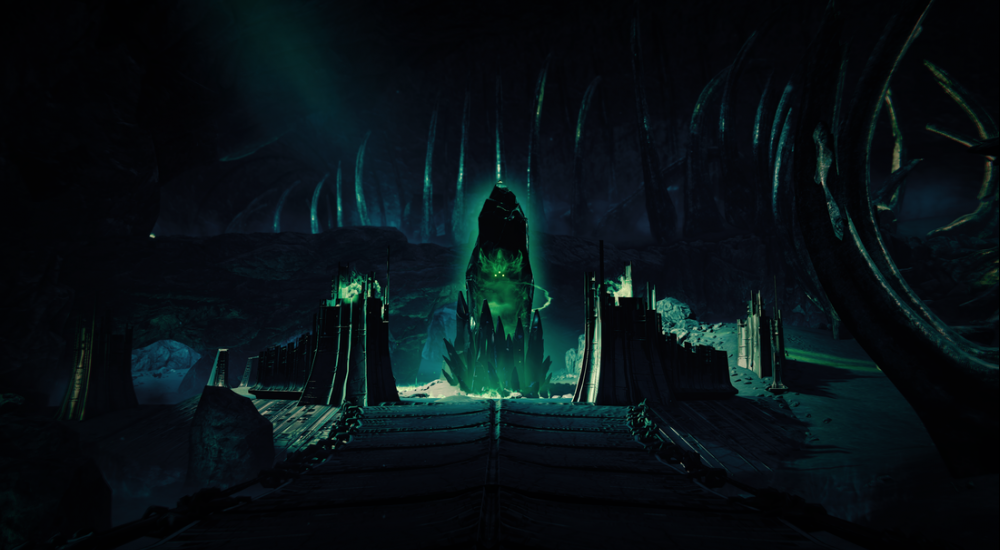 With "The Dark Below" expansion still fairly fresh, Bungie has taken some steps to ensure future players don't shatter Destiny's gear economy with exploits. A patch arrived today to end some of the more insidious behavior taking place in the new raid, Crota's End. You may have seen a video or two floating around on the web of someone soloing the raid with no issues whatsoever. Apparently, being casually slain by a half-bored Guardian, while cramming Doritos in their mouth, is not the way Bungie envisioned the demise of a dark god.

Previously, greedy Guardians could manipulate dungeon mechanics to literally hopscotch their way through most of the content in the dungeon, including big ol' Crota itself. The patch has since corrected the issue, making even the most dedicated polevaulter unable to escape Crota's clutches.

Correcting exploits weren't the only things patched in today. There was also a glitch affecting the initial raid, the Vault of Glass, which reduced the number of Exotic Weapons to zero if you were too high a level. Which, if you're running a raid, you might really appreciate at least a shot at one.

You can check out all their patch info, including changes to weapons and whatnot, here. As a sort of New Years/Thank You gift, Bungie awarded all of the Destiny players with a randomized Legendary Level Weapon last week. The Postmasters of the world banded together to dole out gifts from a "Mysterious Benefactor," that could have been just about any Legendary Weapon in the game. Many "Thank you" tweets were shot at Bungie following this late Christmas present. Some folks, of course, got either duplicate items or some they couldn't use, so in the midst of a cascade of gratuity came raw, unbridled ire.

Did you guys get anything good?