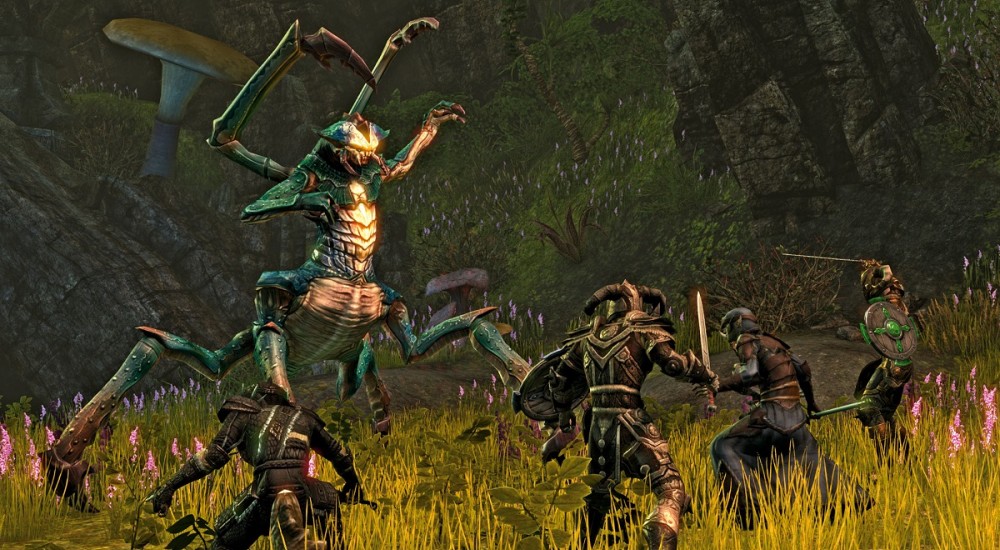 Online subscriptions for MMO titles are normally a big money sink for gamers, but sometimes things change for the better. In a few months, The Elder Scrolls Online will be losing its required subscription based model to play in favor of a new offering.

The developers over at Zenimax Online have recently revealed the console release of Elder Scrolls Online: Tamriel Unlimited, arriving both on PlayStation 4 and Xbox One this coming June 9th! Soon, the land of Tamriel can be experienced with a ridiculously huge number of friends at once in PVP, being an MMO, or quest with a smaller group via a console platform. To pave the way for the console versions, soon subscription fees for the PC and Mac versions will be also scrapped entirely, beginning on March 17th. Players who purchase Tamriel Unlimited also will no longer need to fork over $15 a month just to play the game. However, there will be optional content that can be obtained through subscription only.

Just so you are aware, Tamriel Unlimited will include all the gameplay from the original PC/Mac title, as well as all the current updates and add-ons such as the Champion and Justice systems. Through, if you choose to pay a single monthly fee for premium membership, "ESO Plus", you will receive various in-game bonuses,  free handouts of crowns to spend in the in-game store, and access to all the DLC packs while a member. Not a necessary option, but you can decide whether or not it's worth the fee. Of course, if you're a PC player and already have a subscription going for the game, you'll automatically be enrolled for ESO Plus. More on this offering will be revealed at a later date. Matt Firor, Game Director of ESO, had this to say regarding the announcement:

“Our fans are our biggest inspiration, and we’ve listened to their feedback on the entertainment experience they want. We know that Elder Scrolls fans want choice when it comes to how they play and how they pay, and that is what they will get. We have made numerous changes to the game over the past year, and are confident this is a game that Elder Scrolls fans will love to play. Players can explore Tamriel with friends, battle creatures, craft, fish, steal, or siege. The choice is theirs. The game offers hundreds of hours of gameplay with unlimited adventures with one single game purchase. We can’t wait for everyone, whether they’ve played before or will be experiencing it for the first time, to begin adventuring in The Elder Scrolls Online: Tamriel Unlimited.”

The Zenimax devs are committed to producing more free updates and addition content in the sort in the future, so maybe this time around gamers will find a much more worthwhile experience than from the initial PC/Mac launch back in April.

What are your thoughts? Is this announcement enough for you to give ESO another go? Let us know in the comments!