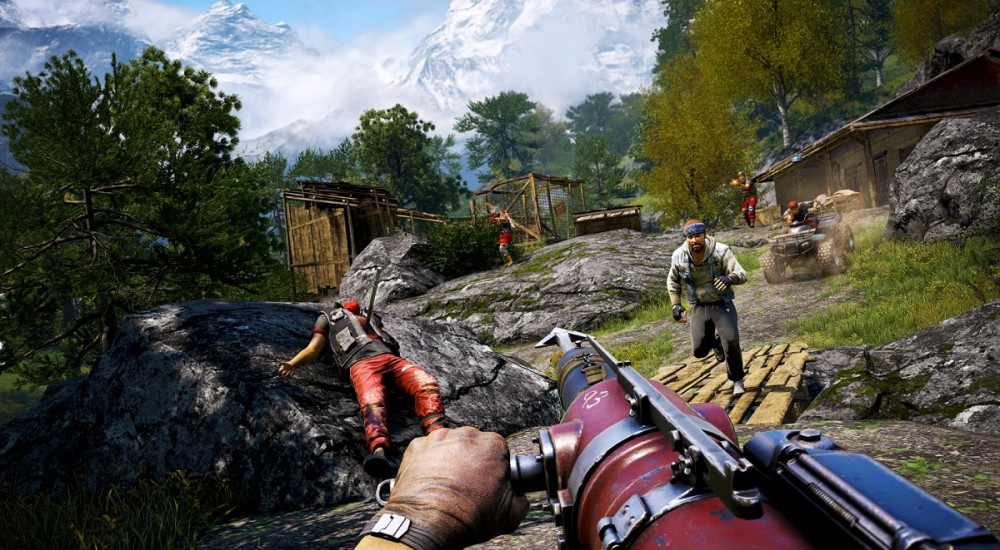 Some good news and unfortunately some bad news has come on the Ubsioft front today. While a brand new DLC to check out on Far Cry 4, PC players may not even be able to play the game if they purchased a Steam key through a various third party vendor.

We'll start with the good news first. Today, Far Cry 4's "Hurk Deluxe" DLC is now available! The new content offered includes five single-player and/or co-op missions, such as "Yak Farm", "Blood Ruby", and "Hurk's Redemption". Furthermore, players will gain access to a huge assortment of new weapons, such as a harpoon gun for Hurk (originally intended just to kill whales, now humans)! While you can purchase this separately, the Season Pass does include this DLC too along with "The Syringe" and "Escape from Durgesh Prison" DLC's (upcoming DLC's include "Overrun" and "Valley of the Yetis"). This DLC is now available on all platforms: PC, PS4, PS3, Xbox One, and Xbox 360.

Now for the bad news. Recently, Ubisoft began to cancel supposedly "fraudulent" Steam keys of their games purchased through gray market companies such as G2Play and Kinguin. These companies have been under a lot of fire over the past months and for good reasons. Not only have they been reselling purchased keys at much lower prices than from market value, but also obtained them in questionable ways in the first place. Ubisoft determined that these resold keys are invalid and has started to deactivate codes for Far Cry 4 and Assassin's Creed Unity copies. Of course, this makes those that purchased the keys just a tad ticked off and have voiced most of their rage at Ubisoft. The company, however, claims that this is an legal matter and as issued the following this statement:

"We strongly recommend that players purchase keys and downloadable games only from the Uplay Store or their trusted retailers. We regularly work with our authorized resellers to identify and deactivate fraudulently obtained and resold keys. In this case, we confirmed activation keys were recently purchased from EA’s Origin store using fraudulent credit card information and then resold online. These keys may have been deactivated. Customers who may have been impacted should contact the vendor where they purchased the key for a refund."

We recommend that players follow Ubisoft's instructions to legitimately purchase their games through valid retailers or services to avoid this type of situation in the future.