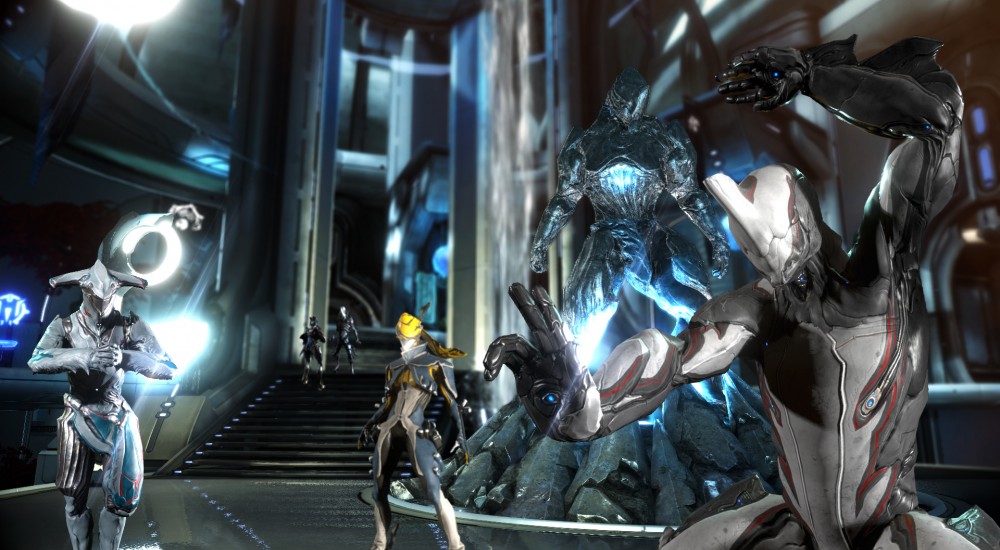 Digital Extremes keeps rolling along in their support of Warframe, a free-to-play action game with space ninjas. This past week, they added "Relays" to the console versions of the game, allowing players to meet up outside of the core missions. It also introduced a new item trader to the game, Baro Ki'Teer, who will accept your unwanted rare items in exchange for others.

Here's a full list of what players on the PS4 and Xbox One can now get from the relays (which were already available on the PC version):

In addition to acting as a kind of trading hub for players, the relays will also serve as the focus of an upcoming event for the PS4 and Xbox One versions. Titled "Operation Eyes of Blight," players will be tasked with defending these relays with the assistance of their archwing from the Grineer battle ships known as "Fomorians". The event already ran on the PC version of the game, but given the slight delay in patch releases across the different platforms, console players will have a chance to participate starting next Tuesday, February 24th.

I talked about Warframe in the most recent episode of the Co-Opticast. After having been away from the game for the better part of a year, diving back in to see all of the updates and changes has been a lot of fun. The game has gotten better in some areas - and perhaps a little more confusing in others - and is still one of the best free-to-play games I've ever played.