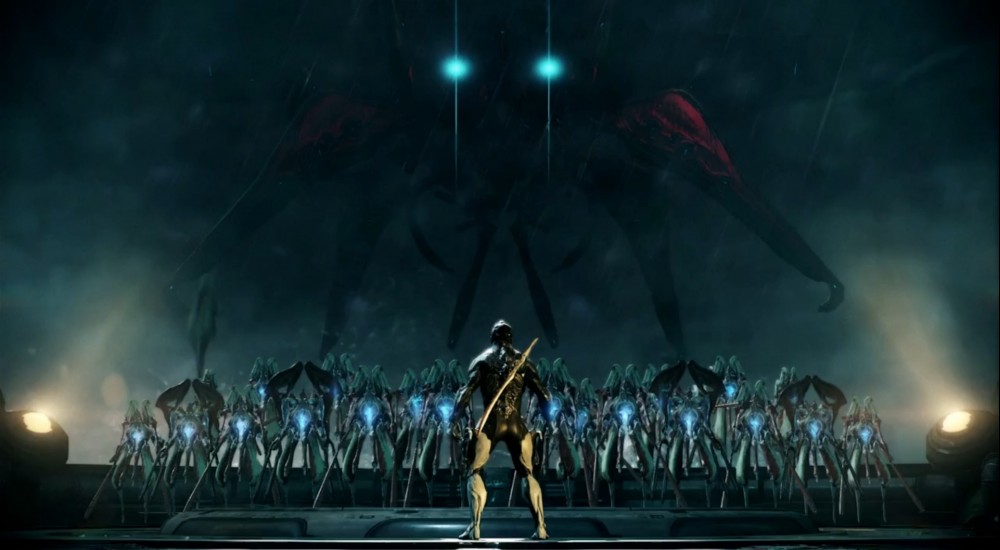 You know what's better than a group of four space ninjas stealth-parkouring their way through the galaxy with a "Shoot First, Don't Ever Ask Questions" attitude?  If you answered, "a mutual agreement throughout the world to disarm all nuclear warheads", you'd totally be right.  However!  You'd also be right if you said, "a group of eight space ninjas doing that exact same thing", which is exactly what Digital Extremes plans to add to Warframe in the coming months.

At PAX East, the Canadian developers showed off a teaser trailer for their new free content pack, "Tomb of the Sentient".  The pack adds a brand new eight player co-op mode along with new weapons, enemies, and a revamped traversal system, along with a few other items.  Check out the trailer below and try not to flip off a building or anything in anticipation.

That's not all, of course.  Also available is a new warframe, Chroma, who specializes in making Grineers' days worse through elementally-focused attacks.  Those Grineer Grunts better get a bombin' Hazard Pay rate.  Watch this video profile to see if you need more acid attacks in your life.

While the Chroma is already available to PC users, the rest of the content will drop in spurts throughout the rest of the year.  If you checked out Warframe in its initial stages and are looking to get back into it, now's a perfect time to test out your parkourin' mettle.