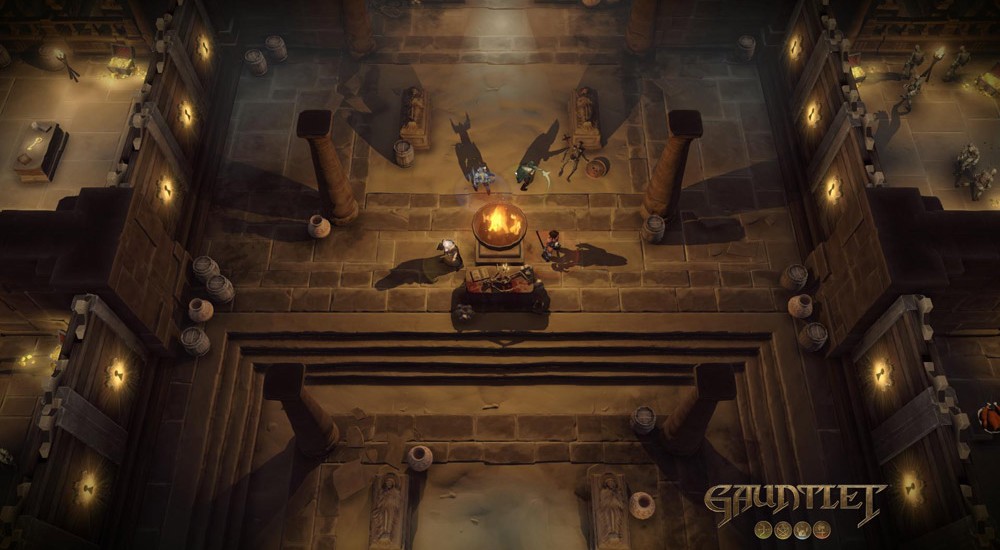 If you're itching for an arcade-styled hack-and-slash adventure, Bundle Stars seeks to fill the sword-and-sorcery shaped hole in your heart this week with a deep discount on Arrowhead Game Studios' 2014 retro revamp Gauntlet.

From now through Saturday, you can pick up a Steam-redeemable copy of Gauntlet for only $4.99 - a savings of 75 percent off of its regular price. If you've got an army of adventurers in the waiting, you can save even more cash by picking up a 4-pack for $14.99. Gauntlet veterans can additionally score the Necromancer DLC add-on character for $2.49 through this weekend.

Like its '80s-borne arcade predecessor, the PC version of Gauntlet features dozens of levels in which up to four players team up to battle waves of monsters either locally or via an online co-op mode. Just be warned: don't shoot the food. Your teammates will not forgive you for the heinous crime of food-shooting.