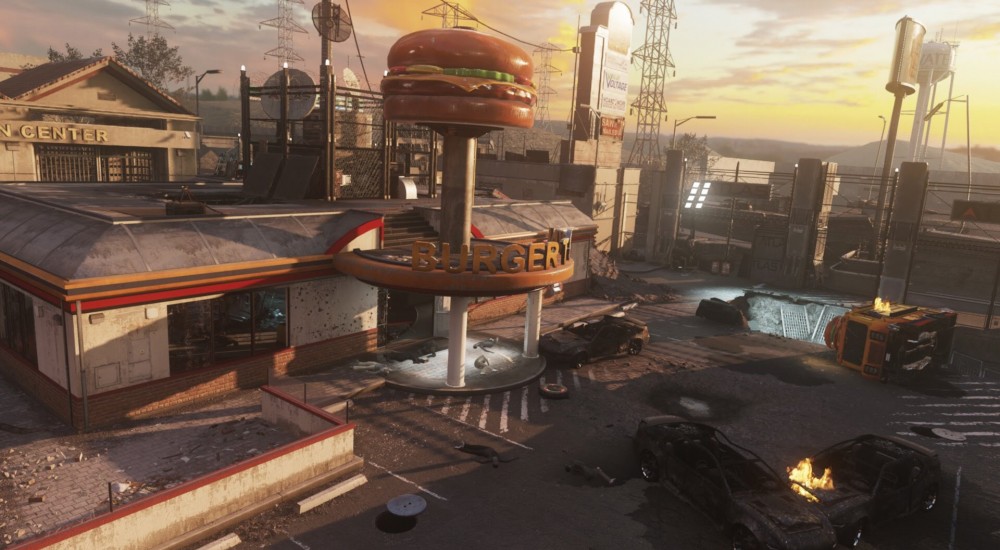 Recently, Call of Duty: Advanced Warfare Exo Zombies Part Two: "Infection" released on Xbox Live, continuing the storyline of the co-op survival mode and expanding its universe with new content. If you don't have the Season Pass, we recommend you look into the new

Continuing from Exo Zombies Part One, our team of heroes consisting of John Malkovich, Bill Paxton, Rose McGowan, and Jon Bernthal have survived their encounter with the technologically advanced zombie hordes at the Atlas research facility. However, the surrounding suburban areas have succumbed to the outbreak - including the fast food restaurant, Burgertown, - and the infection has begun to mutate itself even further. To try to find answers for all of the chaos they've endured, they must first battle their way through the greasy chain restaurant location and hope to survive once again as a team. In Part Two, players will have a bunch of all-new enemies to battle, such as the Acid Dripper or Goliath Exo Zombies. And while there is new technology the zombies will be wielding, players will have their own set of gadgets and weaponry to combat these threats: tons of new traps to set up for self defense, as well as the massively powerful Magnetron Microwave Gun to rip through crowds of enemies. Along with all this new content, players can also try out the new Civilian Extraction Mode! In it, players must work together with other fellow survivors in the area to escape the never-ending horde. Take a look at the content found here through this trailer:

Remember that Exo Zombies Part Two: Infection is part of the Season Pass offering, or can be purchased individually with the Ascendance DLC Pack (other platforms are to follow in the near future). There are two more packs coming still, Supremacy and Reckoning, so hopefully this won't be the end for our celebrities.