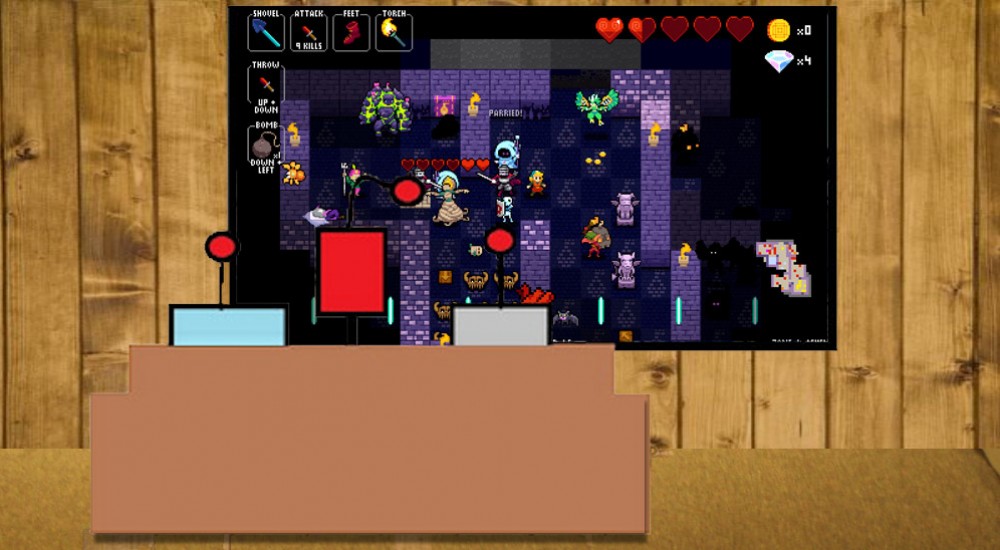 Hey guys, whatcha playing? The Co-Optimus staff is all about board games, writing, and coding this weekend, though we'll all probably end up spending time with a video game or two by the time next week rolls around. Let's see what everyone's up to.

Danny Cowan (@db_cowan) - "Ouch, that sucks, Nick. I got a copy of the Japanese Nintendo 64 version of Animal Crossing in the mail today (yes, it was on N64 before GameCube!), so I'll probably check that out at some point."

Mike Katsufrakis (@Pheriannath) - "There will be a lot of coding done this weekend, but probably not a lot of gaming."

Jason Love (@JLove55) - "I'll be marching to the beat of my own drum in Crypt of the Necrodancer, maybe delving into some Chalice Dungeons in Bloodborne, and hopefully wrapping up a couple handheld titles on the 3DS and Vita."

Eric Murphy (@smurph_em) - "I'll be doing some prep work for 8-Bit Salute. We're going to give some old NES and SNES games a shot and see how they play online."

Tally Callahan - "Writing and theorizing, as I will be for the next month or so. When I'm not... Maybe a chill board game or two."

Sam Tyler (@thereelsamtyler) - "I will be reveling in inappropriate entertainment in Shadow Warrior as well as trying to save my brother in Max and the Curse of Brotherhood."

Chris Metz (@The_Lemko) - "I don't think I'll be doing much gaming this weekend, but I hope to try to get time in with some GameStop demos."

John Bardinelli (@itsamejohn) - "I'll start picking at some of the nice games I picked up in a recent indie bundle. Who knows, maybe I'll even get hooked on one of them?"

Enoch Starnes (@enochstarnes) - "I'll be fairly busy for most of the weekend, but I'll try to fit in some Legend of Grimrock 2. If I'm lucky, I may dive on into Far Cry 4 co-op?"