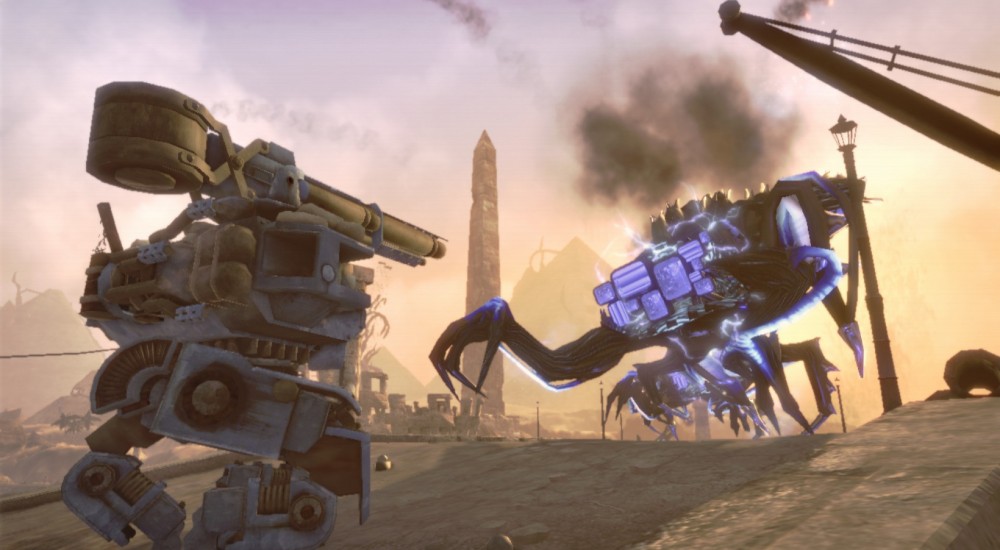 Iron Brigade, a game released during the height of human existence, the year 2011, is going through a few changes.  After dealing with a few legal issues, developer Double Fine regained the rights to the intellectual property and promptly began work on a patch for the game's PC version.

Now, I'm a man of humble upbringing.  I'm not normally one to go all hootin' and hollerin' about some judicial rulings, but between this and the news about the FIFA officials getting arrested on corruption charges, I'm more than willing to make an exception (for the time being).  What this boils down to is that the game itself is receiving a long overdue patch to deal with a number of bug fixes and an overhaul of its matchmaking system.  Those feeling especially nostalgic can now dive back into the game's four player online co-op using the Steam matchmaking system, which replaces the defunct Games For Windows Live.

2011 was a while back, possibly before time even existed, so it's totally understandable if you haven't the slightest clue of what the game's about, or whether or not you'd like it.  Wouldn't ya know it, though, your pals over at Co-optimus just so happen to have a review hot off the virtual presses.  No need to thank us, our robot overseers would torch our puny bodies if we didn't.