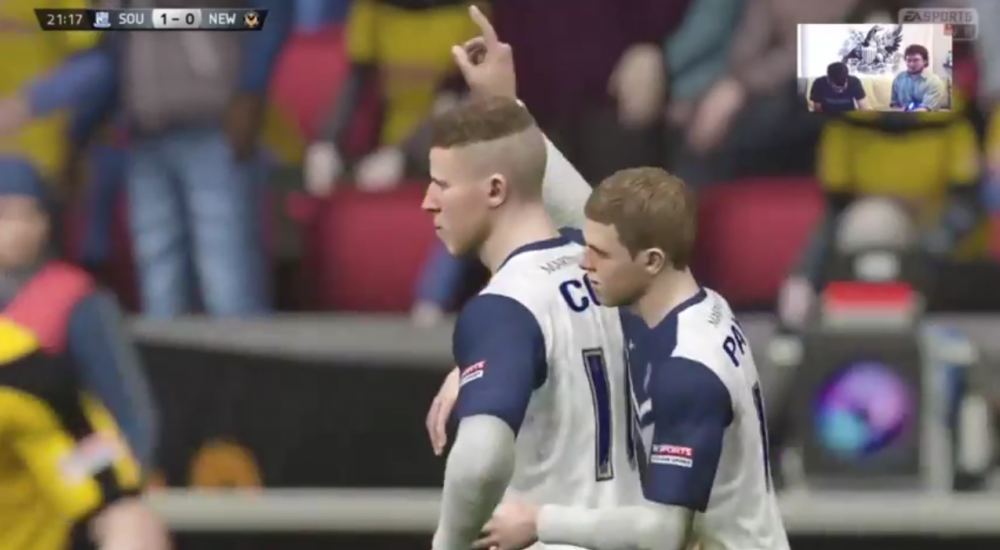 The Southend sewage system runs deep beneath the city proper.  A man who swears he saw the Apaches cut down Custer himself roams the muck-lined thoroughfares.  Once another swig of gas station whiskey has made its way past his craw, he crouches low.  Pure silence and invisibility are needed if he is to catch his prey.  He takes a few steps forward and peers down the dimly lit tunnel.  The rat ten feet away from him has discovered a food source of its own and is currently in the throes of a certain kind of pleasure that only rodents can know.  The man's addled mind imagines the face of the rat replaced with that of his Bulgarian nemesis, Bozhidar Mitrev.  The two creatures lock eyes for a moment and snarl.

Minutes later, both fur and raw meat and being ground under the deposed goalkeeper's molars.  He chuckles to himself.  His plan to install himself as the hero-goalie of Southend has been delayed, but only just.

No, he thinks.  They haven't seen the last of Tex Smith.

Back at the Loading Dock, celebrations are in full force.  After a thorough display of pure League 2 dominance, the Shrimpers are on their way up.  Soon, they'll meet even harsher foes, whose ability to wreck their ankles will dwarf even their worst expectations.  That's of no concern right now, though.  Bottles are popping, juice boxes are being squirted in pure joy.  McSlappy, Beredith, Wee Jack, Myles, Luke, Han Kook Young, Slick Willie, and the rest of the crew are reveling in their accomplishment.  Even Big Body Reid is coaxed into enjoying a celebratory beverage, though he quickly comments on how drinks in Plymouth were crisper.

Chants of "Shrimpers Forever" echo throughout the city, reaching even the furthest edge of the world's longest tourist pier.

Guys, it's been an absurd amount of fun hanging out with you as we guide the Shrimpers toward their destiny.  We can't express our full appreciation in words, so hopefully you'll see it on the field for Season 2.  We'd also like to thank our esteemed hosts, Co-optimus, for putting up with us and our stupid jokes.

Alright, on to the games!  We have Tuesday's stream up first:

Followed, as always, by our extended Thursday stream.  Be sure to stay til the end to catch a sneak peek at what we're up against for Season 2!