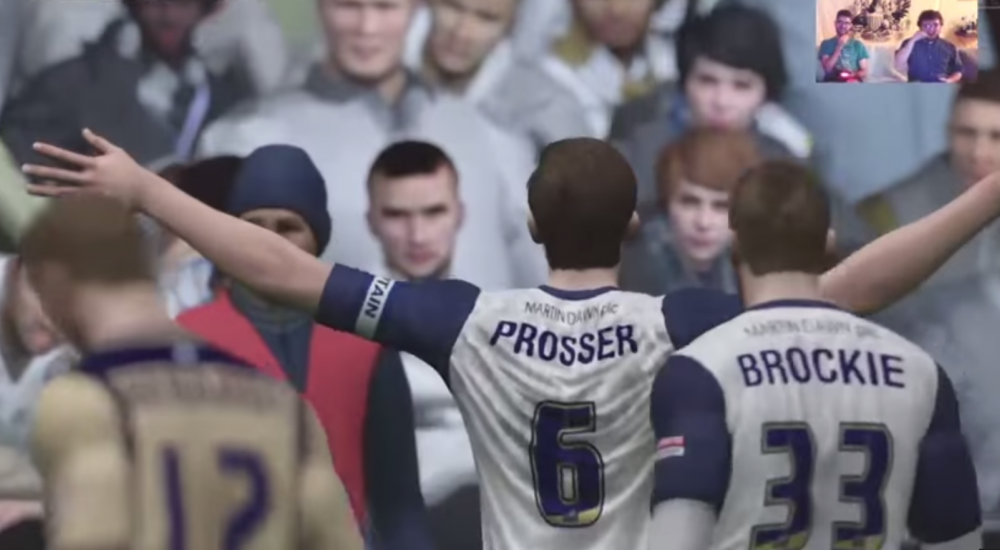 A single, scorching light focuses upon Chester McSlappy. His vision blanks for a moment as his eyes adjust, raising a hand to shield himself from the cascade of light. Donned in his finest tracksuit, fresh from the cleaners,  with a belly full of vodka he may have snagged at a gas station on the way to this ever important board meeting, he hovers an easy three inches above the ground. Despite Southend United's recent success, and the wicked intoxication, his palms still sweat under the unseen gaze of the Board.

Chester, or "Mr. McSlappy" if you're fancy, realizes he's never seen any members of the Board. He narrows his eyes, squinting past the bright light. The series of colossal desks surrounding him appear unmanned. A single speaker lays sideways on the desk before him. He blinks once, twice, until it erupted in white noise, and a gnarled, delayed voice that interrupted the static. Unintelligible. But with a distinctly positive inflection.

The meeting ends moments after it begins; the speaker terminates transmission, and the door behind Chester opens. His phone chirps as he departs, mysteriously floating into the foyer, and finding himself perplexingly back in his office. McSlappy opens his Nokia flip phone, and checks his text. Southend United's transfer budget just increased due to the Board's satisfaction. He snaps his cellphone shut before turning his gaze out the teensy window overlooking the Loading Dock.

Rain appears on the horizon. The Board might be delighted with his latest progress, yet... A storm is coming.

Ladies, gentlemen, bull mastiffs, middleschoolers, soccer avatars, welcome once again to Shrimpers Forever! Chester McSlappy and the Southend United Shrimpers barrel towards the finish line this season. Shrimpers Forever continues this Tuesday and Thursday at 8:00 pm EST to round out our time in League 2.

Enoch and I have had an incredible blast streaming this goofy journey of Southend United's ascent to the Premier League. If you weren't able to make it to the livestream last week, we've got two archived episodes for you to catch up on.

Thursday's stream cowered in the shadow of Tuesday, but we wouldn't let a little thing like the Damned United get us down. Well, completely. We were still bummed.