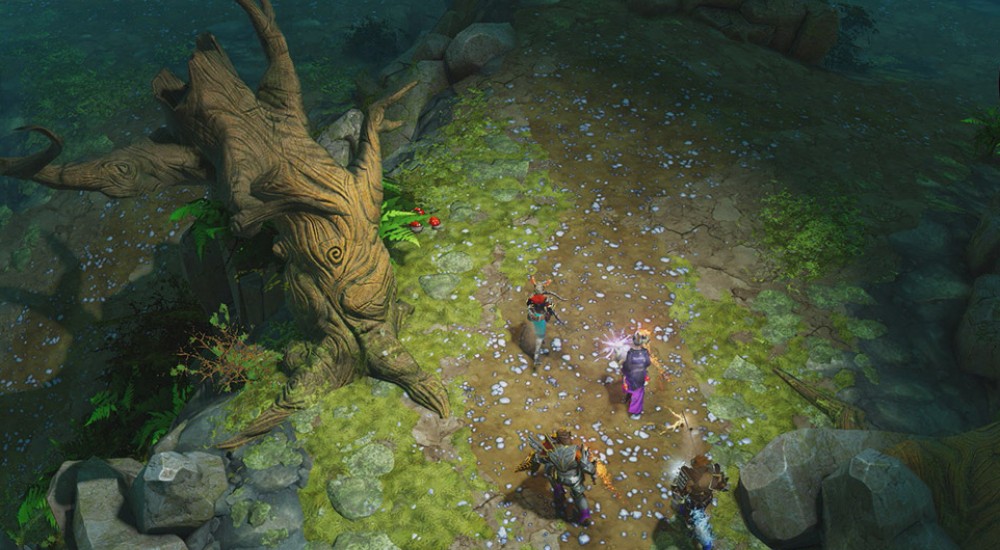 While the final hours of the sequel's Kickstarter campaign are approaching, we're less than a month away from the release of the console version of Divinity: Original Sin. In anticipation of its release, a new trailer that shows off some of the enhancements, including dynamic split-screen, has been unleashed upon the world.

I was a fan of the PC version of the game and look forward to sitting on an actual couch to experience the "couch co-op" side of things. Tethering either player to the other would severely limit the creative freedoms players can enjoy in that game, so it's nice to see Larian "do right" and make the split-screen experience dynamic.