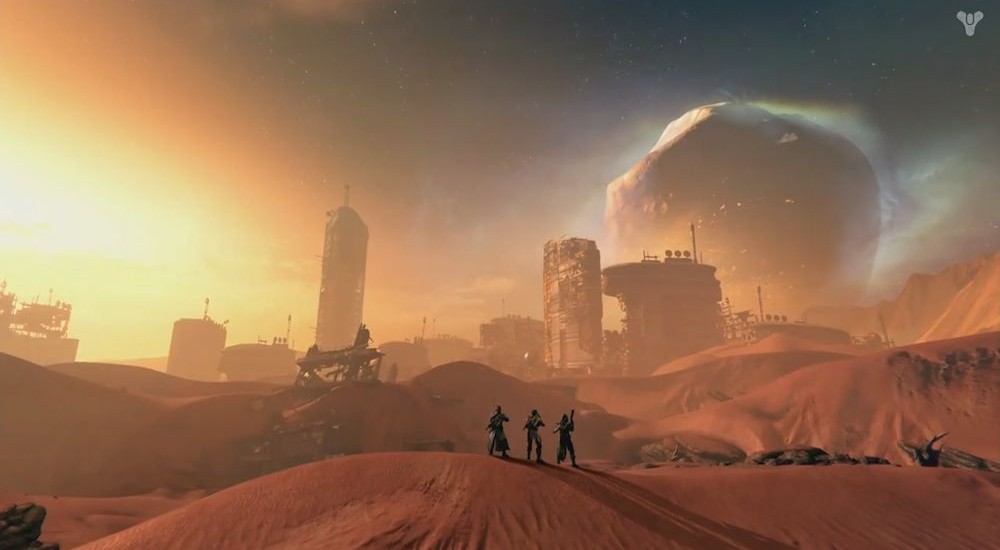 Bungie have released a brand new trailer for Destiny, their online cooperative shooter set to hit in just over 3 weeks. While the Alpha and Beta for the game showed us sections of Earth and the Moon (where the wizard is from), we didn't get a glimpse of the red planet, Mars.

The trailer is pretty bare bones, but it does showcase some new enemies set on the planet, including a very brute-like creature that our three Guardians face off against. Once again the incredible looking vistas that Bungie is famous for creating appear on Mars. Vast sweeping landscapes that mix grounded, gritty, and dirty with the futuristic and pristine high-tech. It's a look Bungie has mastered over the years and one I personally enjoy.

Destiny is out on September 9th on the Xbox 360, Xbox One, PlayStation 3 and PlayStation 4.