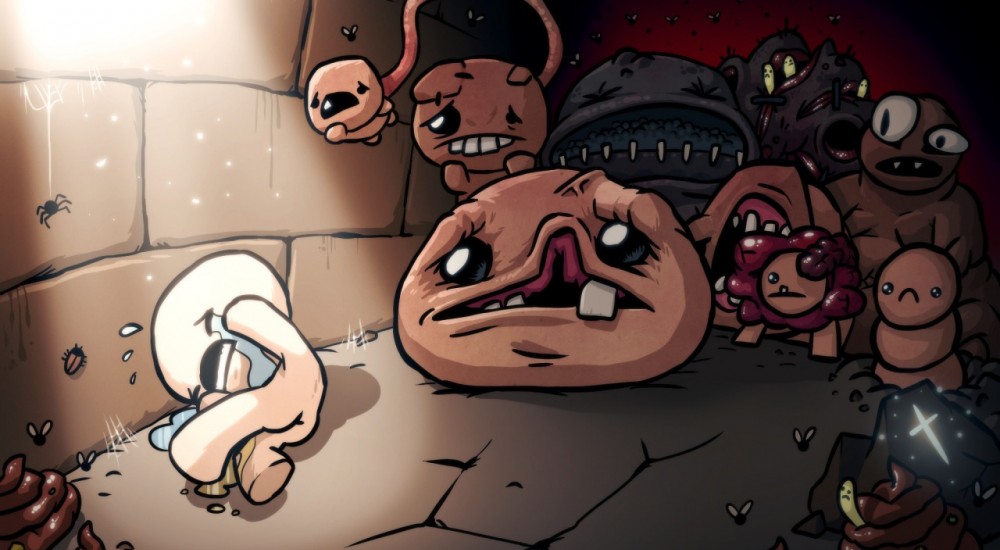 We all know how much it sucks to be left out.  One day, you think you're the school's best kickballer, and the next, you're getting picked after the kid that assumes the fetal position whenever the ball rolls toward them.  The two player co-op title, Binding of Isaac: Rebirth, manifests this feeling (among many others) into a hard-as-nails roguelike shooter.  Unfortunately, that manifestation may make its way to the real world soon enough, as owners of the Wii U, 3DS, and Vita versions seem unlikely to receive the latest DLC, "Afterbirth".

Tyrone Rodriguez, founder of BoI's publisher, Nicalis, stated on Twitter recently that he was less than pleased with the game's post-DLC performance on those platforms.  Given that developer Team Meat decided to completely rework The Binding Of Isaac after their displeasure with its original performance levels, the chances of them releasing an add-on that would result in a negative performance impact seem very slim. This news is especially disappointing for Wii U users, as The Binding of Isaac: Rebirth is a fantastic little game for those of us with friends who don't mind a supporting role (or are willing to assume it ourselves).  Of course, I'm sure users on all three platforms will be disappointed that they won't get the chance to explore "Afterbirth", but the decision to not release a sub-par product is certainly laudable.

Should Team Meat's stance change, we'll be sure to update you.  It's what Isaac and his hideous enclave of assistants would've wanted.