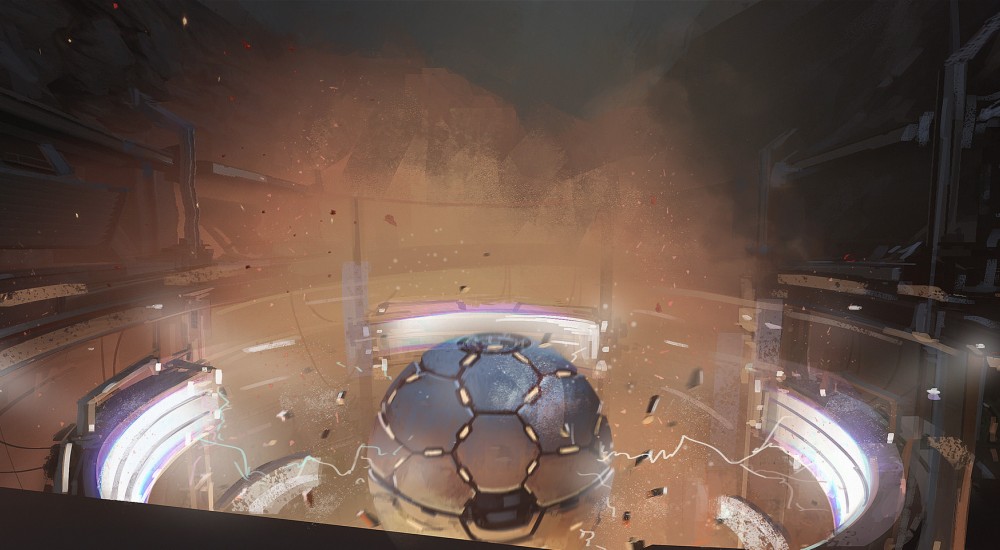 Warface has launched a brand new update for its game, with a huge piece of content called Operation Earth Shaker. The core of the content is focused around a five player co-op mission set in an underground secret lair in a volcano. Sadly, Dr. Evil is not present. There are new achievements, weapon skins, and more to unlock!

Each of the five turret types poses a unique strategic threat that can only be neutralized with tactical teamwork. Alongside the turrets, enemy personnel wielding heavy duty weapons add another explosive element to contend with – ensuring players have to be at the top of their game to clear one secured area and move on to the next.

Those who survive to see the base’s uppermost level will soon discover that they’ve stepped out of the frying pan and into the fire as they encounter a deadly new boss. This final layer of high-tech security proves Blackwood will stop at nothing to protect – and eventually detonate – the giant Seismic Activity Generator housed within the volcano. We got a chance to talk to the team about the new content and what it's like designing a free to play game around co-op. Loic Raimond, Online Operation Producer, was kind enough to respond to our questions.

What new elements would encourage new players to pick up Warface and give it a go?

We’ve made a big effort to ensure new players have a great experience right away. For example, after mastering the basics they’ll have access to two Special Operations missions that both offer something totally different. One of these missions – Cyber Horde – challenges players to defend a vehicle against enemy cyborgs, and the other is our brand-new addition to the game, Operation Earth Shaker. Earth Shaker is a great example of how we approach new content now; we’ve created a really unique setting where players storm a volcano lair, but we’ve also focused on accessibility by adding three difficulty settings. On top of that, Earth Shaker launched with lots of related content like new weapons, new skins, and new achievements. These missions have a lot of replay value built in, but they’re just the tip of the iceberg – right from the start new players can access 40 maps, seven different PVP modes, and Co-op missions that offer a different challenge every day. There’s a lot to do!

Definitely! As I mentioned, Earth Shaker offers three different difficulty levels, and new players should be able to tackle the easiest one using some pretty basic gear. For new players with hardcore sensibilities, we can guarantee a serious challenge on the harder settings as well. One of the keys in Earth Shaker – and Warface as a whole – is working closely with your team. That adds to the accessibility too, because even if you’re new to the game you can tackle challenges side-by-side with others who will help you out. What's the difference in designing co-op content for a F2P game versus a non F2P game?

I don’t believe there is any difference. We have really high standards for any new content we’re creating, and the data and feedback we analyze from previous Co-op content is incorporated into new missions. Because Warface is a game service, our commitment is to constantly produce new features and content to build a better game.

When designing a new co-op challenge, what is the key focus?

It’s important to learn from previous Co-op missions we’ve released so that we can see what players liked and what issues they encountered. Doing that helps us to polish the experience when we create new content. This applies to difficulty, pacing of the mission, AI (enemy behavior, difficulty), class coordination, challenge vs rewards and elements of surprise in the mission. For example, in the past we didn’t have different difficulty levels for some missions, and it was a challenge to balance the overall experience so that they were accessible to a wide audience. Having different difficulty levels really helps to tailor the experience to all our players, making it challenging for experienced players and still accessible to new starters not yet accustomed to all the tactics in Warface.

What's the most important element to get right when developing any kind of new content for a game that's been out for some time?

It’s extremely important to make sure that the new content is tailored to our entire player-base: Both new starters and veterans. It’s also important that it’s balanced and is not a copy/paste of previous content. It needs to have an element of surprise or add new features, like we did in our Cold Peak missions, where players had to collect resources in order to build defenses. In Cyber Horde, we added Cyborgs, which are melee enemies giving a close-combat aspect to the action. In Earth Shaker we’ve introduced gun turrets which demand new tactics from players, so it will be interesting to see how they handle those!

What does this co-op challenge offer that's new/exciting/different from the existing ones?

Lots of things! I already mentioned the new gun turrets; there are five different turret-types and they really do ramp up the need for tactical teamwork. There are also other new enemies, new weapons – one of which will blow your mind, new Earth Shaker skins and lots of rewards to earn. On top of that, the setting is just really unique. As players ascend through the levels of the volcano base they’ll move from clinical, minimalistic environments to levels that really start to reflect the fact they’re inside a volcano. Earth Shaker definitely draws on what we’ve learned from previous Co-op missions, and I think players will find it a refreshing challenge. We've got a bunch of codes to giveaway to a few dozen lucky winners. The above screenshot showcases the first pack and the screenshot at the end of the article showcases the second. Simply click the enter contest button below and you'll be given a shot to win. We'll email the winners their codes at the end of the week, on February 12th. You can enter once per day. Good luck!